Why There’s a Deep Cultural Aversion to DNA Testing, Even When It Can Reunite Separated Immigrant Families

Immigrants who turned themselves in to border patrol agents after illegally crossing the border from Mexico into the U.S. wait to be transported for processing in the Rio Grande Valley sector, near McAllen, Texas, U.S., April 2, 2018.
Loren Elliott—Reuters
Ideas
By Sarah Elizabeth Richards
Richards is a journalist who frequently writes about genetics and the author of Motherhood, Rescheduled: The New Frontier of Egg Freezing and the Women Who Tried It.

As the U.S. government struggles to make good on its promise to reunite all 3,000 children and parents who were separated at the border, it would seem like its use of DNA testing would be universally celebrated: At last, we have some cool-headed science to help resolve the tragedy of unidentified children. After failing to keep track of children, Health and Human Services officials are taking advantage of the most modern and accurate technology available to finally do right by these families.

Instead, immigrant advocates lambasted the move. Jennifer Falcon, communications director of the Refugee and Immigrant Center for Education and Legal Services, called genetic testing the “grossest violation of human rights” and worried the government would use children’s biological profiles to track them for the rest of their lives.

The government has argued that DNA testing is part of an extensive vetting process to protect children: Out of testing conducted so far on 102 children under five, officials discovered five cases in which parents claiming to be biologically related weren’t. Yet on Friday, U.S. District Judge Dana M. Sabraw, who has ordered the government to reunite families as quickly as possible, defended his position to use genetic testing, which can take about a week to get back results, only as a “last resort” when other identification measures had failed.

Some of the outrage is specific to the situation: Children aren’t qualified to agree to participate in the saliva-collection procedure. Nor can their separated parents give permission on their behalf from afar, obviously — which are violations of international scientific standards of informed consent. And what about children with legitimate non-biological parents or whose parents have already been deported to Central America without them — far away from the nearest spit tube?

But the entrenched opposition also reflects a deep general discomfort about the role of DNA science among immigrant and minority communities. It brings up larger questions about their participation in research at the same time the National Institutes of Health (NIH) is encouraging them to donate their DNA to science, so that they’re not left out of the latest genetic-based drug discoveries. That’s not to mention the increased role that genetic testing is already playing in detecting one’s risk of cancer or inherited heart disease.

A 2016 study in Public Health Genomics about Latino people’s attitudes regarding genetic testing revealed rampant mistrust: Respondents said they were concerned about doctors using their health information for unauthorized research or health and life insurance companies denying them coverage after learning they were at risk for future diseases. Other researchers have documented concerns of discrimination by employers, immigration judges or law enforcement to unfairly convict them of crimes. The latter has happened: While DNA has helped exonerate the falsely accused, misuse of DNA data has led to wrongful convictions.

There’s also a cultural resistance to regard one’s genetic data through the same lens as other health information. In Stanford University bioethicist David Magnus’ focus groups, he found that some Hispanic people viewed DNA as having special status that deserved respect. “They saw it as a piece of themselves that was a critical part of their identity,” says Magnus of the results that were published last month in Nature.

One Hispanic focus group participant said: “I do think there’s so much about our… tissue samples and blood samples that is uniquely identifying to us that it’s almost as if your name was in there.”

Another participant expressed concern about not knowing where such sensitive biological information could end up or for what it may be used. “Nowadays, in research, we do not know in five or ten years what they will be doing with DNA. Maybe cloning in another country or something.”

Another problem is that some immigrants from Central American countries might not even understand the basics of DNA testing to give informed consent, explains Ysabel Duron, founder of the Latino Cancer Institute, a nonprofit focused on increasing cancer care access and research in the Hispanic community. “We’re talking about populations of indigenous people,” she says. “We don’t even know if some of them come from certain tribes, where they could have beliefs against DNA testing.”

Duron’s job is to work closely with community groups in Hispanic schools, workplaces and churches to teach people about cancer screenings and encourage them to participate in “All of Us,” which the NIH launched in May. The Hispanic community in particular has been vastly under-represented in such studies. In a 2016 analysis that was published in Nature, Hispanic people accounted for a mere half percentage point in more than 2,500 studies involving 35 million samples. She wants to them to understand that increased representation hopefully will result in better medicines for diseases that target their genetic makeup, including cervical cancer that disproportionately affects Hispanic and American Indian women. Such enthusiasm for the potential of DNA research to lead to new disease treatments even prompted the Navajo Nation to reconsider lifting the moratorium on participating in genetic research that tribal leaders had placed in 2002.

Critics have questioned what the government will do with immigrants’ sensitive DNA information: Would it be stored in a law enforcement database? Could it come back to haunt them? Would the government provide counseling if someone learned an unexpected result, such as a father discovering he wasn’t the biological parent he always thought he was?

So far, Judge Sabraw has said the data must be destroyed within seven days and could not be used for any other purpose than reuniting families. Let’s hope the government will use good science responsibly to bring quick relief to anguished children and parents. Not only does it give us a shot at redemption as a country, it sends a clear message that DNA science should be embraced. By exploring what makes us unique at the smallest level, we all advance together. 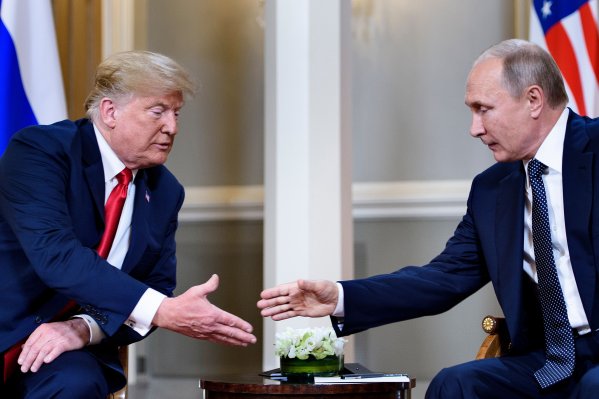