The Taliban Has Used Islam as a Weapon of War. This Is How Afghanistan Can Use It for Peace

Afghan Muslims hug each other after offering prayers at the start of the Eid al-Fitr holiday which marks the end of Ramadan at the Shah-e Do Shamshira mosque in Kabul on June 15, 2018.
Noorullah Shirzada—AFP/Getty Images
Ideas
By Tariq Ali Bakhiet
Ambassador Tariq Ali Bakhiet is the Director General of Political Affairs for the Organization of Islamic Cooperation, the second-largest intergovernmental body in the world; he was previously a diplomat at the Sudanese Mission to the United Nations and at the Sudanese Ministry of Foreign Affairs.

At last week’s NATO Summit, world leaders discussed the country in which the alliance has had its longest-running military operation: Afghanistan. In Brussels, the country was seen as a global security challenge; Britain announced it would double its troops there. But away from the cameras, 4,000 miles away, in Mecca, a town that unites Muslims across the world, something unprecedented was happening in Afghanistan’s four decades of near-constant war. One hundred religious scholars, or ulema, from across political parties, sects and ethnicities — from those hailing from the hinterlands often controlled by the Taliban to non-Pashtu minorities — met in a safe location to discuss one thing: peace.

For more than a decade and a half, Western powers have sent their militaries to fight the Taliban and solve the plight of Afghanistan. But it is clear that soldiers cannot create a civil society. Peace and nation-building go hand-in-hand. Without young Afghans having an inclusive and collective cultural context or access to schooling, job prospects and resources with which to marry and build their own life, it becomes easier for society to break down and those on the fringes to become easy pickings for radicalization.

The West’s attempts at fostering social progress have often been to utilize foreign models of building civil society through the funding of nongovernmental organizations. While this no doubt offers some benefits, civil society engagement cannot truly be successful without factoring in the unique fabric of Afghan society. For example, in the aftermath of military engagement in Afghanistan. British graduates were flown to Kabul to deliver classes in conceptual art to Afghan women. The utter incredulity on the faces of these women, some of them war widows, spoke for itself in footage uncovered by the BBC. On the other hand, outside powers’ have also acted based on overly pragmatic policies with existing non-state actors, including warlords. While this can lead to short-term results like an immediate drop in violence, it fails to deal with the systemic and structural causes of conflict.

Too often, what has been ignored in this process is the nation’s indigenous and authentic non-governmental leadership. This has consequently prevented change from being led by and for Afghans — the very people who will have to maintain peace. It has also lost sight of those determining the role of Islam in our society.

Religious leadership is, after all, a crucial battleground in the efforts to counter the spread and influence of extremist groups like the Taliban. And the Taliban know it: Not long before the conference began, the group denounced the meeting as an “anti-Islamic U.S. process,” even though the conference was hosted by the Organisation of Islamic Cooperation (OIC) and Saudi Arabia and moderated by the Imam of the Grand Mosque in Mecca and the Grand Mufti of Egypt.

Although abhorred by the vast majority of Muslims, groups like the Taliban feed off their perceived religious legitimacy. In countries like Afghanistan, extremists have long exploited a nation with widespread illiteracy by presenting themselves as the authentic voice of Islam and perverting not just the fabric of Afghan society, but the function of religion itself. They use Islam as a weapon of war. Western powers and the Afghani people have failed to wrest it from their grasp.

With such deep-rooted issues, those looking at Afghanistan, the second-poorest nation in the world, believed it was unfixable — that the best we could hope for was to limit the ongoing violence, rather than put an end to it. This was seldom (if ever) explicitly stated, but it has been the de facto position of many influential outside decision-makers for some time.

This was apparent in the foreign military presences’ focus on allowing the Afghan government to police its own people with Western backing. Up to now, it seemed that the most Afghans could look forward to was an ongoing stream of military sticking plasters to create a semblance of security inside major cities, rather than a lasting peace stretching to the country’s borders.

The role of religious scholarship simply cannot be ignored, because it is they, the religious leaders, who will be central to swaying the opinions of ordinary Afghans that might still harbor sympathy for the Taliban under the misguided belief that the group is a defender of Islam against secular government forces. Building civil society means these scholars can leverage Afghan society’s commitment to traditional Islamic values to increase its commitment to peace-making, as well as principled and permanent — rather than tacit and tactical — opposition to violence and terrorism. At the OIC Ulema Conference, they found consensus on the Islamic impermissibility of taking civilian life. The effort represented part of a larger trend of scholars to now act as peace activists — instead of becoming mired in reactive posturing.

Indeed, we have seen what respect for religious tradition can do after the momentous breakthrough during the Eid festival in June. A grassroots-led ceasefire captured the imagination of the Afghan people and, just as importantly, the Afghan government and their opponents: the Taliban. Hugs and even selfies followed between the militants and the government in the first ceasefire in 17 years of war, a sight unimaginable up to that point.

But something deeper changed for the good. Ordinary Afghans stood up for their traditional values of respect, dignity and coexistence.

The clerical class of true Islamic scholars is on their side. And they are fighting back. They are reclaiming Islam from the extremists and taking their message back to their communities — not only in the areas of central Kabul frequented by expats and foreign consultants but in villages, towns and mosques across the country. In their final declaration of the meeting, they called for a renewed pan-Islamic commitment to the sanctity of life, the need for national reconciliation and a condemnation of terrorism. The effort cannot stop here. Once these ideas are put into practice at the grass-roots level, the change will spread through society — right to the top.

The word Islam means peace. We will now see that it can also create peace. 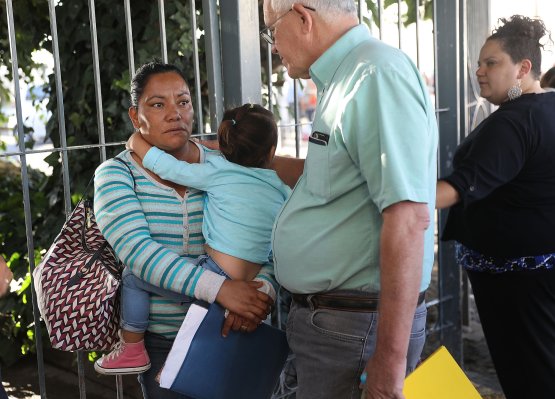 Why Authoritarians Love to Quote This Bible Passage
Next Up: Editor's Pick