Fans went wild the moment France clinched the World Cup championship, and the country’s President was no exception.

Thanks to its talented roster of star players like Kylian Mbappe and Antoine Griezmann, France sealed its exciting 4-2 defeat of Croatia on Sunday. And the President was on deck in the Luzhniki Stadium’s official leader box to freak out over Les Bleus.

There he was fist pumping the air. And there he was hugging coach Didier Deschamps. He even dabbed. Yes, welcome to the Macron dab. Ever the sportsman, he also bonded with Croatia’s President, Kolinda Grabar-Kitarovic. When he wasn’t standing and feeling victorious, he sat with his wife Brigitte Macron, as well as leader Vladimir Putin of host country Russia.

This is the second World Cup title for France. They last won in 1998 when they hosted the tournament.

This year, France had a 6-0-1 record and knocked out Uruguay, Argentina, Belgium and Croatia. The leader certainly had plenty to be happy about.

One picture of Macron in particular is making the rounds online.

But they’re all pretty emotional. Suffice it to say it is glory o’clock for France and the country’s President. 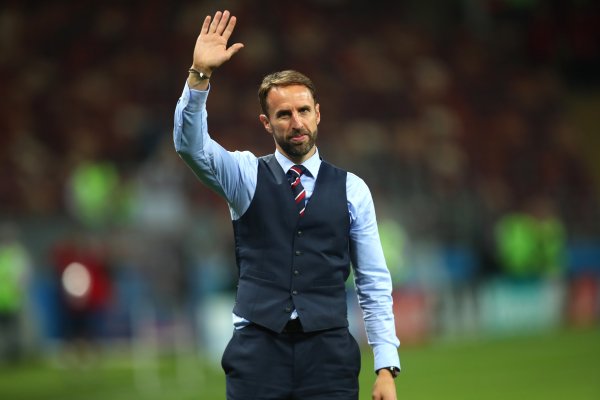 This Is the Sweetest Photo of the World Cup So Far
Next Up: Editor's Pick