This time, the Tesla CEO and billionaire attacked one of the divers who played an instrumental role in rescuing the Thai soccer team that was stuck in a cave last week. On Sunday, Musk called him a “pedo” on the social network.

Musk’s derogatory tweet appears to be a response to comments made by British diver Vern Unsworth, who helped extract the boys and their coach from the Tham Luang cave complex. In an interview with CNN on Friday, Unsworth, a cave explorer, said that the mini-submarine Musk sent to aid the rescue mission was just “a PR stunt.”

The diver didn’t stop there, however. He said Musk could “stick his submarine where it hurts,” and that it had “absolutely no chance of working.” Unsworth said the mini-sub was too long and rigid for the cave conditions and that Musk had “no conception” of what the cave passages were like. He also said that Musk was asked to leave the cave, saying that he shouldn’t have been there.

Musk fired back on Twitter over the weekend, taking his reply a step too far in calling Unsworth a pedophile, causing many on the social media platform to ask Musk to delete the tweet, which he later did.

Instead, the Silicon Valley mogul stuck to his original comment, tweeting “Bet ya a signed dollar it’s true” to someone who called him out for the remark, while also saying he never saw Unsworth when he was at the cave.

Musk did call the other cave divers and rescuers “unsung heroes” in a different tweet. He also defended himself, tweeting out emails between himself and another one of the divers, Richard Stanton, as proof that his plan to use the mini-sub to help the boys was in fact a viable solution.

The tech billionaire also took heat on Twitter after a Federal Election Commission filing released this week showed he was a large donor to the GOP, giving $38,900 to the PAC Protect The House. Despite the report being publicly available, Musk tweeted that the idea he is a top GOP donor is “categorically false,” as well as tweeting that he is “not a conservative. Am registered independent & politically moderate.”

Musk caused more waves on Twitter in late May when he attacked the press for writing articles about Tesla that did not paint the company in an especially favorable light, saying he was going to create a website to rate journalists. 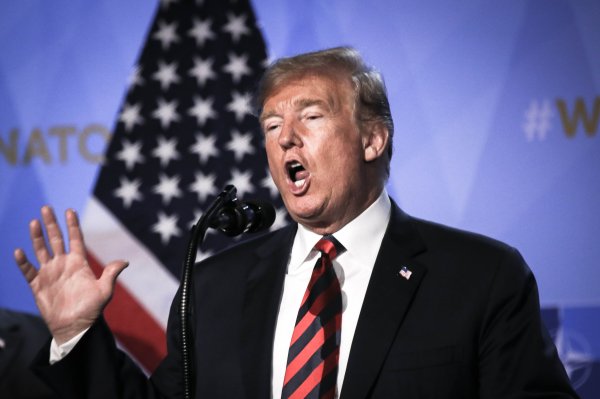 Trumps Calls the European Union a 'Foe' of the U.S.
Next Up: Editor's Pick