President Trump Calls the European Union a 'Foe' of the U.S.

President Donald Trump called the European Union a “foe” of the U.S. in an interview that aired Sunday on CBS News’ Face The Nation.

“Well I think we have a lot of foes. I think the European Union is a foe, what they do to us in trade. Now you wouldn’t think of the European Union, but they’re a foe,” Trump told host Jeff Glor during an interview that took place at a Trump golf course in Scotland.

Trump’s comments come after a tense NATO summit in Brussels, in which Trump made numerous statements antagonizing U.S. allies, suggesting that other NATO countries don’t contribute enough to defense spending. The Trump administration has also recently imposed steep tariffs on a number of goods that effect the E.U. and other U.S. allies like Canada, namely a 25% steel and 10% aluminum tariff that went into effect in June.

The president also made his first official visit to the U.K., making controversial comments about Prime Minister Thersea May’s strategy in Brexit negotiations, saying she should sue the E.U. He also said her handling of Brexit would “probably kill” any chance of the U.S. and Britain working out a trade deal.

On Monday, Trump will visit Helsinki, Finland, for a one-on-one summit with Russian President Vladimir Putin. 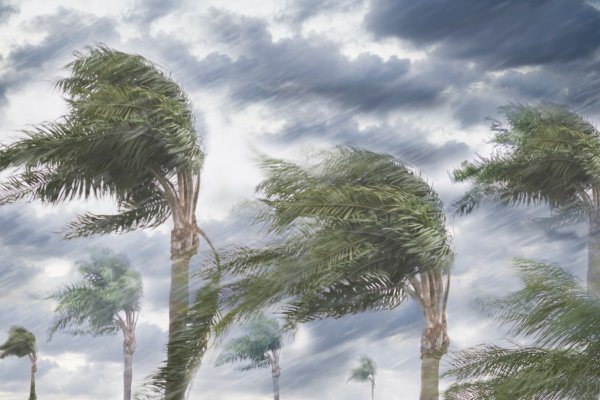