She Recorded That Heartbreaking Turtle Video. Here's What She Wants Companies Like Starbucks to Know About Plastic Straws

When marine biologist Christine Figgener filmed her team removing a plastic straw stuck in a sea turtle’s nose in August 2015, she says she had no idea how much it would resonate with the world. She also had no idea nearly three years later, the video would help galvanize a larger movement, which now includes companies like Starbucks and American Airlines, to eliminate plastic straws from our day-to-day lives.

“I’m of course happy,” Figgener tells TIME. “But I don’t want the corporations to feel like they’re getting off easily just by eliminating plastic straws. I hope this is the first step.”

The wave of corporate plastic straw bans last week comes after Seattle became the first big U.S. city to ban plastic straws earlier this month — and as public awareness of the negative impact single-use plastic items like straws, cups and cutlery can have on the environment is heightened. (This year’s Earth Day theme centered on plastic pollution.) And Figgener’s video, which currently has nearly 31 million views on YouTube, continues to be part of the conversation as people get more conscious of their plastic usage and want to be more active in protecting the environment. In a way, Figgener has given the anti-plastic movement a face — albeit a reptilian face.

Figgener says she doesn’t want to claim “this video is the one that did it all,” but she did admit it is a good tool for environmental activists and lobbyists to use at presentations that elicits compassion.

Figgener poses with a sea turtle and members of her research team on their boat in Costa Rica in 2015. L to R: Macdonal Gomez, Daniel Stuart, Christine Figgener, Andrey MacCarthy, and Vee Koleff.
Provided by Christine Figgener

“You were able to show the suffering of a creature that was affected by a straw that someone had disposed of. Definitely that was an object that passed through human hands and made its way to the ocean,” she says. “It had a very emotional effect on people and it definitely fueled the movement that already existed.”

Her team discovered the male turtle off the coast of Costa Rica while collecting parasites living on the sea creatures. In the video, visiting researcher Nathan Robinson uses pliers to slowly pull the object out of the turtle’s nasal cavity, which took about five minutes to completely extract. And the sea turtle appeared to be in physical duress as they removed it — the video shows blood streaming out of his nose and him sneezing and squealing multiple times.

The footage was powerful, and Figgener knew it could be impactful if she shared it on social media. “I thought I can really show what one object can do, what kind of harm it can do,” she says.

Figgener said people still tell her the turtle video changed their habits — whether it made them stop using plastic straws, bring reusable bags to the grocery store or be more cognizant about their plastic use in general. “Everyone can do something at home, even if it’s one thing,” she says.

And Figgener acknowledges plastic is a “miracle product” that changed the world since it became ubiquitous in American culture until the 1950s, when plastic materials became more affordable and the economy was booming. Plastic straws are necessary for some people with disabilities, though using a straw-like apparatus to drink has been around for centuries.

Figgener says straws are just a start; they make up only 4% of the 9 million tons of annual plastic pollution that washes into the world’s oceans and shorelines, according to a 2015 study published in the academic journal Science. But, she says, they’re also a good place to start fighting ocean waste. The drinking utensils are often referred to by environmental activists and groups including the Plastic Pollution Coalition as “gateway plastics” that ease people into single-use items. Plastic straws are also particularly dangerous to animals, and humans, because they break down into small pieces that can be ingested. In fact, one study found that 90% of all seabirds have eaten plastic — a number that has skyrocketed from less than 5% in 1960.

She says she is hopeful that in the near future, the negative impacts of plastic straws will be gone, comparing it to the plastic rings around six packs that have been largely phased out by companies and that people consciously cut up — in part due to similar emotional photos and footage of animals with them stuck around their mouths or heads.

“I hope that in five years time, we don’t even need to discuss plastic straws. That there’s too many alternatives,” Figgener says.

Figgener has a similarly optimistic outlook for the sea turtle featured in the video, who she saw again last year thanks to a tag they put on his flipper for research purposes. While her team was out conducting research in Costa Rica, they found a mating couple. When they got home, she checked the number in her database and confirmed it was the same turtle.

“He seems to be doing just fine and doing his thing,” she says. 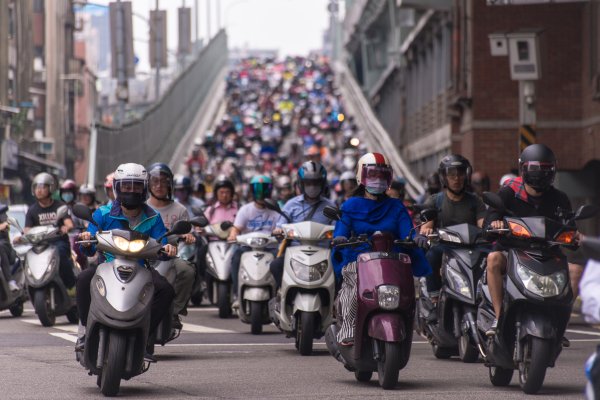 Yet Another Health Problem Linked to Air Pollution: Eye Disease
Next Up: Editor's Pick