The internet is up in arms over a breach in royal etiquette President Donald Trump committed during his visit with Queen Elizabeth II on Friday.

A video making the rounds online shows Trump briefly walking ahead of the Queen as they strolled the grounds of Windsor Castle. The Queen appears to gesture Trump forward, at which point he steps in front of her and walks a few paces before pausing, apparently unsure of where she is.

The awkward interaction amounted to a minor faux pas on Trump’s part, as it is considered rude to turn your back to the Queen, according to the BBC, or to walk ahead of her. Trump was reportedly also 12 minutes late to their appointment to have tea, although some have contested that assertion.

People on social media did not let the gaffe go unnoticed.

It’s not uncommon for Americans to struggle with royal etiquette when meeting the royal family. In 2009, for example, Michelle Obama broke with protocol by putting her arm around the Queen — a gesture the monarch returned. 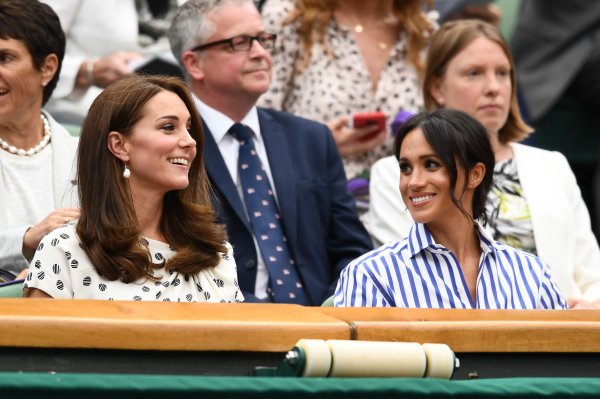 Meghan Markle and Kate Middleton Went to Wimbledon
Next Up: Editor's Pick