Obama posted the list, which includes six books, on his Facebook page Friday — writing that he curated the list in anticipation of his upcoming trip to Africa, during which he will visit Kenya and South Africa.

In his Facebook post, Obama explained visiting Kenya is special for him since it’s his family’s ancestral home. His 1995 memoir, Dreams from My Father — one of TIME’s 2011 picks for the best 100 non-fiction books since 1923 — shares stories from his first visit to his family’s homeland.

“I visited for the first time when I was in my twenties and I was profoundly influenced by my experiences,” Obama wrote in the Facebook post, which he also shared on Twitter.

This trip will be Obama’s first time revisiting the continent since leaving office in 2016.

To honor African literary traditions Obama says he finds “extraordinary,” five of the six books on the list are written by authors of African descent.

Obama’s 2018 reading recommendations are a mix of nonfiction and fiction. Nelson Mandela’s memoir, Long Walk to Freedom, is one of his recommendations for this summer. Obama wrote that the memoir is “essential reading for anyone who wants to understand history — and then go out and change it.” Another memoir, The Return by Hisham Matar, makes the list as well. Obama wrote that Matar’s memoir “skillfully balances a graceful guide through Libya’s recent history with the author’s dogged quest to find his father who disappeared in Gaddafi’s prisons.”

Another book on Obama’s list is the critically acclaimed novel Americanah by Chimamanda Ngozi Adichie, which won the 2013 National Book Critics Circle fiction award. Americanah is a contemporary novel analyzing the African diaspora around the world. In his post, Obama calls Adichie “one of the world’s great contemporary writers.”

The one exception to the reading list’s thematic celebration of African culture is made for The World As It Is by Ben Rhodes, a speechwriter for Obama’s 2008 presidential campaign and one of his former national security aides.

“His memoir is one of the smartest reflections I’ve seen as to how we approached foreign policy, and one of the most compelling stories I’ve seen about what it’s actually like to serve the American people for eight years in the White House,” Obama wrote. 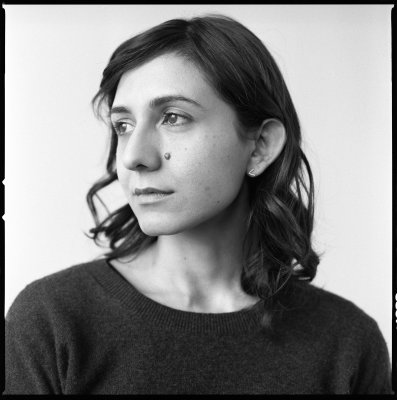 Why Ottessa Moshfegh Is One of the Best Novelists of the Summer
Next Up: Editor's Pick