President Donald Trump just became the latest in a long line of American presidents who have met Queen Elizabeth II.

After praising the Queen’s leadership in an interview with The Sun that was published on Friday, the president and First Lady Melania Trump sat down with Her Royal Majesty over tea at Windsor Castle.

“She is a tremendous woman,” Trump told the newspaper. “I really look forward to meeting her. I think she represents her country so well. If you think of it, for so many years she has represented her country, she has really never made a mistake. You don’t see, like, anything embarrassing. She is just an incredible woman.”

With the exception of President Lyndon Johnson, the Queen has met with every sitting U.S. president since she ascended the throne in 1952.

This is Trump’s first official visit to the U.K. since he was sworn into office in January 2017. 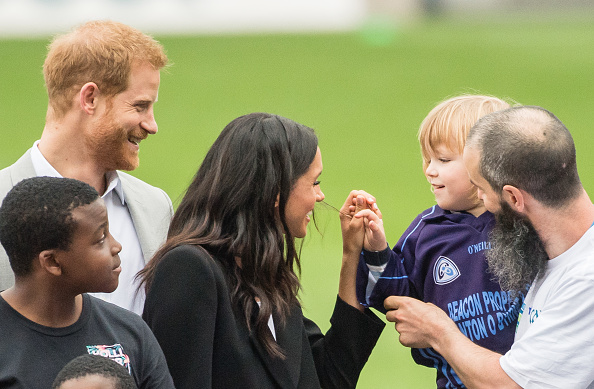 Meghan Markle and Prince Harry Are Already Awesome With Kids and This Is Proof
Next Up: Editor's Pick