WeWork Will No Longer Let Employees Expense Any Kind of Meat

(Bloomberg) — Co-working giant WeWork Cos. thinks it can save the environment quicker than Elon Musk.

The startup has told its 6,000 global staff that they will no longer be able to expense meals including meat, and that it won’t pay for any red meat, poultry or pork at WeWork events. In an email to employees this week outlining the new policy, co-founder Miguel McKelvey said the firm’s upcoming internal “Summer Camp” retreat would offer no meat options for attendees.

“New research indicates that avoiding meat is one of the biggest things an individual can do to reduce their personal environmental impact,” said McKelvey in the memo, “even more than switching to a hybrid car.”

Individuals requiring “medical or religious” allowances are being referred to the company’s policy team to discuss options. A WeWork spokeswoman confirmed the contents of the memo.

Although the anti-meat stance is significant for the New York-based company, it’s far from the first startup to promote alternatives to animals.

Just Inc., formerly known as Hampton Creek, created a vegan-friendly alternative to mayonnaise and has said it plans to have what it calls clean meat on the market by year-end. Purple Carrot, the vegan meal-kit company, recently won backing from Fresh Del Monte Produce Inc, while Wild Earth Inc., a startup based in Berkeley, California, is creating pet food with lab-created proteins.

American Airlines Group Inc. and Starbucks Corp. recently joined the chorus of companies pledging to phase out plastic straws and drink stirrers. And Southwest Airlines Co., in a bid to reduce allergy risk, said this week peanuts will no longer be available on flights starting Aug. 1.

Founded in 2010, WeWork was most recently valued at about $20 billion, though an executive from SoftBank Group Corp., a major WeWork investor, said at a conference in London in June that the startup was looking to raise funds at a $35 billion valuation.

In his email, McKelvey advised employees that the meat-free move would affect the company’s travel and expense policy, as well as WeWork’s “Honesty Market,” a self-serve food and drink kiosk system present in some of its 400 co-working buildings. 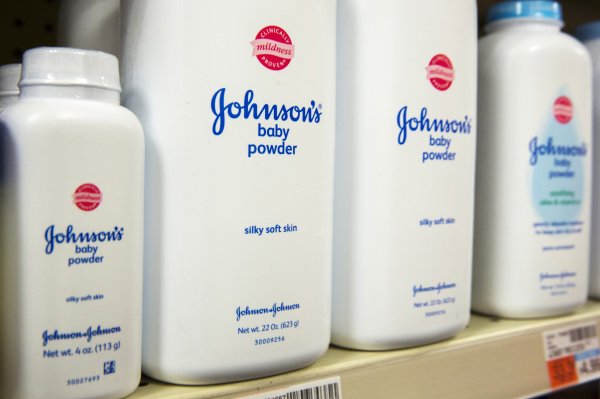 Johnson & Johnson to Pay $4.7 Billion Over Talc Cancer Claims
Next Up: Editor's Pick