Less than a week after the royal family flocked to Prince Louis’s christening, Kensington Palace has released the official photos from the happy day.

Kensington Palace released four photos from Prince Louis’s christening on Sunday, taken by Matt Holyoak at Clarence House after the ceremony. The four photos show Louis with his parents (the Duke and Duchess of Cambridge), siblings (Prince George and Princess Charlotte), aunts and uncles (Meghan, Duchess of Sussex and Prince Harry and Pippa Middleton, James Matthews and James Middleton) as well as Prince Charles, Duchess Camilla and Carole and Michael Middleton.

In the adorable photos from the occasion, Prince Louis can be seen in his white christening gown—a replica of a historic garment that dates back to the Victorian era—being officially baptized into the Church of England. 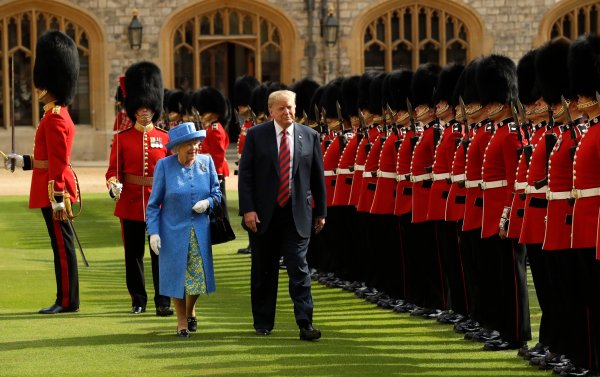 Trump Committed a Faux Pas While Walking With the Queen
Next Up: Editor's Pick