South Korean President Moon Jae-in on Friday urged Washington and Pyongyang to move forward on an agreement to denuclearize the Korean peninsula even as a lack of action and critical remarks made by the North have stirred fears that negotiations have reached an impasse.

Speaking in Singapore where President Donald Trump and North Korea’s Kim Jong Un shook hands in a historic summit last month, Moon called for the agreement signed by both leaders to be implemented, according to Reuters.

“If Chairman Kim keeps the promise of denuclearization, he will be able to lead his country into prosperity,” Moon said. “This path is never easy, but if the agreements at the summit are implemented with sincerity, the goal can be achieved,” he added.

At the summit, the first meeting between a sitting U.S. president and a North Korean leader, Trump and Kim signed a vague document pledging to work toward denuclearization and easing tensions. Future talks were also indicated, without a specific timeline.

“If North Korea gives more substance on the implementation of denuclearization, and if South Korea and the United States quickly take comprehensive corresponding measures, the whole process will accelerate,” Moon said.

Since the June 12 meeting, North Korea has yet to give any indication that is taking concrete action to dismantle its nuclear arsenal. Last week, while hosting Secretary of State Mike Pompeo, Pyongyang accused the U.S. of making “gangster-like” demands.

Then on Thursday, North Korean officials failed to appear for a meeting scheduled with American military counterparts to discuss the repatriation of U.S. soldiers’ remains, according to the New York Times.

These moves come in sharp contrast to the optimistic rhetoric emerging from Washington. Pompeo signaled that he had made progress with North Korea during his two-day visit, while Trump said he had received a “very nice note” from Kim expressing hope for a “new future” for the two nations still technically at war.

Moon reportedly said he views North Korea’s criticism as a “strategy” indicating frustrations with the lack of steps it perceives Washington as having taken. He added that he believes both Trump and Kim will fulfill the Singapore agreement.

“If the leaders do not honor the promise they themselves made with the international community watching, they will be subject to grave judgement,” he said. 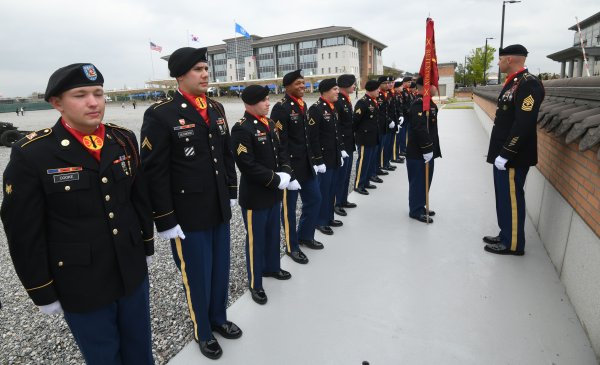