For many football fans, an England-France World Cup final would have been a dream. After all, those two countries clashed the Hundred Years’ War. A ten-decade-long spat, plus a smattering of other conflicts across the ages, tends to sizzle up a soccer rivalry.

Croatia, however, had other ideas. And that’s just fine. The Blazers rallied to beat England in the semifinal, 2-1, with Mario Mandzukic scoring the deciding goal in extra time. After Mandzukic’s strike, the Croatian players trampled photographer Yuri Cortez while celebrating. Cortez, to his everlasting credit, kept snapping his camera at the bottom of the dogpile. (He got some wonderful shots.) After the Croatian players realized they almost crushed a working photographer, a few patted him on the shoulder, or made sure he was okay. One kissed him.

So Croatia’s got some underdog charm. With a population of 4.1 million — about the same as Oregon — Croatia is the second-least populated country to ever reach the World Cup final. Only Uruguay, which won the titles in 1930 and 1950, has fewer people. Croatia entered the tournament a 33-1 longshot to win the whole thing. It’s still a relatively young nation, having declared independence from the former Yugoslavia in 1991 and fought through the Balkans conflicts in the 1990s, during which thousands of Croatians were killed.

“Like many countries which had to win independence the hard way, we are proud,” says Pjer Šimunović, Croatia’s ambassador to the United States.

That pride’s now causing earthquakes. Seismic instruments in Zagreb picked up tremors after Mandzukic scored his goal, and after the ref blew the final whistle to end the game. A World Cup win could break the Richter scale. “Everybody in the world will certainly now know more about that small country which was able to go that far,” says Šimunović. “This is immeasurably important.”

France won its only World Cup 20 years ago, when it hosted the most popular sporting event on the globe. That multicultural squad, known as the “Rainbow Team,” was composed of players with roots in North Africa, West Africa, the Caribbean, the Pacific islands, Armenia and the Basque country. Many people in France expected the victory to win widespread support for immigrant communities. They also expected France to win more World Cups.

Neither, to this point, has happened. Two decades later, far-right populism has caught fire across Europe; in France and elsewhere, a number of politicians have taken anti-immigrant stances. On the pitch, France failed to advance to the knockout stage at the 2002 World Cup; four years later, Les Blues reached the final against Italy, but Zinedine Zidane’s headbutt of Italy’s Marco Materazzi in that game overshadowed the accomplishment. Italy took the penalty shootout.

France’s 2010 World Cup effort was disastrous. French striker Nicolas Anelka was sent home for cursing at his coach: the players boycotted a day of training, a top official resigned in disgust, and France failed to win a game. Les Blues reached the quarterfinals in Brazil four years later, and as host county of the 2016 Euros, made it to the final before losing to Cristiano Ronaldo and Portugal.

So France will try to take care of unfinished business. Like the ’98 Rainbow Team, the 2018 incarnation of Les Blues is incredibly diverse: 17 of the 23 players on the roster are sons of first-generation immigrants. Win or lose, dreams of a more unified France will flourish once again.

Croatians have made their mark on American culture. The late Drazen Petrovic and Toni Kukoc exported their basketball talents to the NBA back in the 1990s; now, Dario Saric (Philadephia 76ers) and Bojan Bogdanovic (Indiana Pacers) are solid pros. Croatian sculptor Ivan Mestrovic produced two bronze statues depicting mounted Native American warriors; installed in 1928, they flank the Congress Plaza entrance to Chicago’s Grant Park. Goran Ivanisevic won Wimbledon, in 2001. Before he lost his belt to Daniel Cormier last weekend, Stipe Miocic — an American who’s the son of Croatian immigrants — was the UFC heavyweight champ. According to the U.S. Census Bureau, some 400,000 Croatian-Americans live in the U.S. Game of Thrones is filmed in Dubrovnik, Croatia; Star Wars: The Last Jedi also shot scenes in the city.

Still, before this World Cup, Croatia wasn’t exactly top of mind for most Americans. “Most people know of it here,” says Indiana University visiting lecturer Teuta Ismaili, who teaches Croatian at the school. “But they think the war is still going on.”

So what should you know about Croatia? First, the country’s home to some of the world’s most scenic beaches and islands, along the Adriatic coast. Travel and tourism accounts for about a quarter of Croatia’s GDP, which is well above the 10.3% average for the European Union. If you want to drink like a Croatian at your World Cup viewing party, serve Rakija, a 40% alcohol-by-volume spirit. And be sure to make some Burek, layers of dough filled with cheese.

The World Cup’s psychic lift has arrived at an opportune time. Since Croatia joined the European Union in 2013, net migration from the country has averaged around 17,000 people. Youth unemployment remains high, at 33%. Croatia came out of a six-year recession in 2015, but economic growth remains slow.

“This is the best thing the could happen right now to Croatia,” says Ismaili. “Family and friends back home say the atmosphere is positive. People were mad at the politicians, mad about the economy. But they’re finally having that feeling of ‘wow, we are important again. We really mean something.’ We really need that right now.”

French forward Kylian Mbappé, 19, is the breakout star of this World Cup. Against Argentina in the Round of 16, Mbappé — the son of a Cameroonian father and Algerian mother — became the first teenager since Pele in 1958 to score two goals in a single World Cup match. Versus Belgium in the semis, Mbappé delivered a magical pass off his back heel to Olivier Giroud; Belgian goalkeeper Thibaut Courtois blocked the shot, but that didn’t stop the internet from losing its mind.

Both Neymar, the Brazilian star, and Mbappé joined French club Paris Saint-Germain (PSG) last summer for ungodly sums of money. PSG paid Barcelona a $263 million transfer fee for Neymar, and agreed to pay him $53 million a year, for five years. PSG got Mbappé from Monaco for about $200 million. For years, Neymar has positioned himself as the world’s undisputed best player, should Ronaldo and Lionel Messi ever decline or step aside. But during this World Cup, Neymar’s histrionics stood out more than his play. Given Mbappe’s speed, skill, and maturity, he may be a rightful heir.

“If I were a big soccer club with all the money in the world, and I could sign one player,” says former Trinidad and Tobago goalkeeper Shaka Hislop, an ESPN analyst, “it would be Mbappé.”

On the Croatian side, Luca Modric — a midfielder for Real Madrid — is the player to watch. “He’s cool and calm on the ball, and one of the best passers in the world,” says Hislop. “You can’t pressure him into making a mistake.” He can also shoot from distance, with unexpected power. Modric, 32, does not cut an imposing figure. You can picture playing against him in your Thursday night men’s league. “If you breathe on him too strong, you can imagine flying out of the stadium,” says Hislop. “But he’s the complete package, deceptively packaged.”

Odd side note: Modric is facing perjury charges in Croatia, in connection with testimony he gave in a financial fraud case against a former soccer executive. If found guilty, Modric could face up to five years in prison. So any victory celebration might not last too long.

And The Winner Is …

“I like France to win it,” says Hislop. “France has looked very balanced throughout the tournament.” Les Blues won their first two games in the group stage, before playing Denmark to a 0-0 draw. France hasn’t needed any extra time in its three knockout round victories; Croatia, meanwhile, needed extra time and penalty shots to get by Denmark and Russia, and scored in the 109th minute against England. In all, Croatia has played 90 minutes of extra time, the equivalent of a full additional game, while France will also enjoy an extra day of rest between the semifinal and final. Croatia’s fatigue factor, plus France’s raw talent — the defensive pairing of Barcelona star Samuel Umtiti and Real Madrid’s Raphael Varane give Les Blues an advantage — make France the safer pick.

Croatia, however, hasn’t tired out yet. England was the more rested team going into the semifinal, but Croatia looked more energetic in extra time. So don’t doubt Croatia’s readiness to outclass France, and parade the World Cup trophy around Zagreb, of all places. 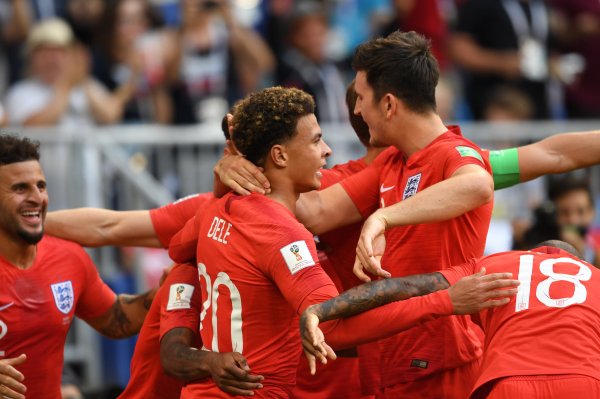