How Brexit Is Becoming a Political Disaster for Britain

Cabinet resignations and a World Cup loss; Brexit came in multiple forms this week. The resignations of Brexit Secretary David Davis and Foreign Secretary Boris Johnson a few days ago are a troubling sign of things to come. These five facts explain how the political Brexit is shaping up to be so disastrous.

The Problem at Heart

At heart of this political saga is the fact that the politicians leading the Brexit “Leave” campaign — Boris Johnson chief among them — never actually explained to the British public what a vote for “Leave” entailed. The promise of Brexit was all things to all people, which is how it managed to eke out a 52- to 48-percent victory over the “Remain” side. Then–U.K. Prime Minister David Cameron resigned in disgrace, and it fell to his successor Theresa May to figure out what Brexit actually means.

She’s been trying to do that for the last 15 months. In the context of unwinding a 40-plus-year relationship with continental Europe, that’s not that long; in the context of a two-year negotiating window before the U.K. is forced out with or without a transitional agreement in place, it’s verging on political suicide. May finally made a decision last week, outlining a vision for her preferred Brexit outcome. That’s where the latest round of Brexit drama began.

May backed the “Remain” camp in the runup to the Brexit vote, but with an eye to succeeding David Cameron, wasn’t a particularly enthusiastic campaigner. Upon taking his job, May appointed hardline Brexiteers to shore up her Euroskeptic credentials.

Johnson and Davis pushed for a “Hard Brexit,” a clean break from the E.U. and its expansive market, allowing the U.K. to regain full control of its trade and immigration policies. May determined that pursuing that version of Brexit would be too costly to the British economy (a no-deal Brexit is expected to knock up to 8% of growth off of the U.K. economy, according to the British government’s own analysis) and too politically divisive to a society in which nearly half the population didn’t want to leave the E.U. at all. Her Chequers declaration proposed maintaining frictionless trade for goods between the U.K. and the E.U., but not one for services (for the record, services make up 80% of the British economy), in exchange for keeping some E.U. rules in place. This was the springboard from which May wanted to start negotiations with the E.U. Davis regarded May’s opening offer as unacceptable, and rather than continue to lead negotiations that would significantly water down even that proposal, opted to resign. Within 24 hours, Johnson had followed him out the door.

The Next Tory Prime Minister

Both Davis and Johnson framed their resignations as ones borne of principal. That may be, but the worst-kept secret in British politics is that Boris Johnson wants to be prime minister himself. Unfortunately for him, that’s unlikely to happen any time soon. While May has plenty of critics within her Tory party, it’s unlikely that whoever succeeds her will unite the party around any common Brexit vision and successfully negotiate with the E.U. to make that consensus vision a reality — and all within the next eight months. And May has no political room to take any bold, decisive action that could possibly break the deadlock — May already rolled the dice once by calling a general election in April 2017 to give herself a strong political mandate to enter negotiations with the E.U. with some momentum. That gamble cost the Tories their absolute majority in Parliament, forcing them into a coalition with the Northern Irish Democratic Unionist Party (DUP).

Any serious Tory politician will wait for May to get the U.K. over the Brexit finish line and then pick up the pieces after. Should the Tories forge ahead with a vote of no confidence in May and successfully oust her (unlikely but possible; 159 of the 316 Tories sitting in Parliament would be needed), whomever follows her will have caretaker branding on them, making successful negotiations with the Europeans even harder.

The Next Labour Prime Minister

Then there’s the concern that all this Tory infighting will only strengthen the position of the Labour party, helmed by Jeremy Corbyn; there are signs that’s happening already, as the latest YouGov poll shows Labour edging out the Conservatives. As bad as a Corbyn-led Labour victory would be for the Tories, it could be even worse for the U.K. economy.

Corbyn was a relative unknown on the national stage when he won the 2015 Labour leadership race. For years, Corbyn resided on the fringes of his center-left party; he generally espouses more radical economic theories when it comes to the U.K. economy, like nationalizing key industries and taxing corporations at significantly higher rates. Taken in isolation, some of these theories have merit; taken together, they could create a challenging post-Brexit economic environment that much more dire. For the moment, Corbyn has been purposely vague about his approach to Brexit should the responsibility fall to him, though he has framed his party as the champions of “soft Brexit.” However, given that 78% of Labour members said in a January 2018 survey that they think the U.K. should hold a second Brexit referendum, it’s entirely possible — arguably even probable — that a Corbyn-led Brexit negotiation could be even more chaotic than the May-led one.

Europe Has Its Own Concerns

And we haven’t even gotten to the European side of the Brexit negotiations yet; May’s Chequers draft raises serious questions for Europeans. Separating goods from services might seem like a good overture to Brussels from a British vantage point, but it calls into question the fundamental “four freedoms” that underpin the E.U.’s single market: the freedom of goods, services, capital and people to travel across European borders unencumbered. To think that the E.U. would cave on such an integral part of European identity to avoid the £100 billion knock a disorderly Brexit would have on the rest of the E.U. borders on the delusional. This is not to say that European politicians are any more politically united than their British counterparts are; as the last few months have shown, they’re really not. But a Brexit that causes serious damage to the U.K. economy is the strongest possible weapon Brussels has to warn off other European countries from following the U.K. out the door. At least there’s a silver-lining for the E.U. in all this chaos; if only the U.K. could say the same. 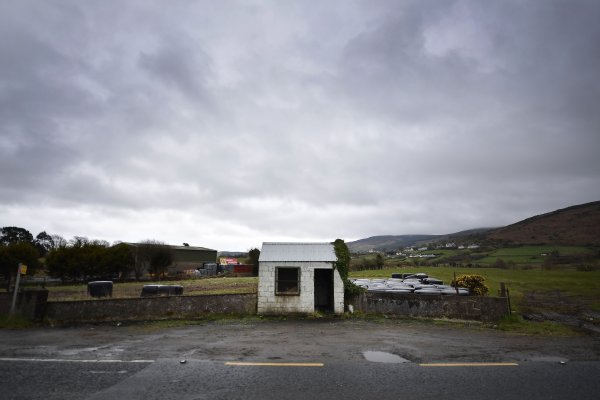 How Brexit Could Jeopardize Peace in Northern Ireland
Next Up: Editor's Pick