Photographer Yuri Cortez has been shooting for Agence France-Presse for 27 years. The job has brought him around the world, covering everything from conflicts in Afghanistan and Iraq to natural disasters in Haiti and Mexico.

But last Wednesday’s 2018 FIFA World Cup match between England and Croatia offered Cortez a whole new experience: He found himself at the bottom of a pile of Croatian soccer players as they celebrated star striker Mario Mandžukić’s extra time goal against England — the game winner, it would turn out, punching Croatia’s ticket into Sunday’s final against France. It was Cortez’s fourth World Cup, but his first time at the bottom of a goal celebration.

Following his goal, Mandžukić ran to the corner to celebrate with his teammates directly in front of Cortez. “When the second goal happened, I was taking pictures with a 400mm lens,” says Cortez. “When I saw Mandžukić running towards me, I quickly switched cameras. Suddenly more players were coming closer and closer.” As Croatian players ran over to celebrate the goal, Cortez was pushed over and found himself beneath the celebration pile.

“At that moment I was taking pictures of their faces the whole time. Capturing their joy,” he says. “The scenes that I saw that that moment was pure excitement.”

As the players got up, Mandžukić extended Cortez a hand and asked, “Are these your glasses?” He then placed the glasses on Cortez’s head and shook his hand. Croatian defender Domagoj Vida then gave Cortez a kiss on the forehead before the team returned to the field, leaving him stunned with a glowing smile. “It’s a historic moment for them and a great moment for me,” he says. “Really incredible”

Cortez says his phone has not stopped ringing from people and publications who are interested in the photographs. But his focus is now on the final game — where he says he’ll be rooting for Croatia. 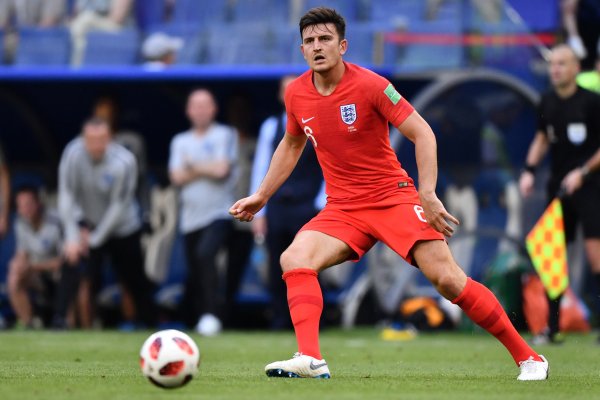 Why Do Americans Call It Soccer Instead of Football? Blame England
Next Up: Editor's Pick