The World's Best Female Chef on Catering the Royal Wedding, Defending British Cuisine and Training the Next Generation

Courtesy of Core by Clare Smyth
Ideas
By Ciara Nugent
Ciara Nugent is a staff writer for TIME, based in London

You were recently named Best Female Chef at the 50 Best Restaurants Awards but said afterward that it was “strange” to distinguish between male and female chefs. Were you conflicted about accepting the accolade?

No. There’s still a lack of women in the industry across the board, and this was a platform to talk about it. What would I be adding to my industry by not accepting it, by not sharing my story and trying to inspire other people?

In your acceptance speech you talked about the need to make restaurants a “more human workplace” for staff. What did you mean?

This industry traditionally has very long hours and low pay, and it’s something we need to keep working on. Consumers play a part too. They want to pay less and have more, always. I don’t think they understand the link between the increased costs–from taxes to pressures to buy more ethically produced food–and the bottom line of a restaurant.

You became the first British woman to be awarded three Michelin stars at Restaurant Gordon Ramsay in London. How did you cope with Ramsay’s famously confrontational style?

I found Gordon very easy to work with, because you always knew where you stood. It’s harder if you don’t know. Gordon’s not a moody person; he just tells it like it is. People don’t see the same side to him that I do day-to-day.

Have you come across people who do make it difficult to work in the kitchen?

When I was coming up in the industry, it was a testosterone-fueled environment. People would hide your equipment or turn your oven off in the middle of service. It was a macho culture, but it wasn’t specifically targeted at women. It was a general toughening-up. Hopefully those days are long gone.

Do you think it’s harder for women to thrive in that kind of culture?

I personally don’t. It was the same for everyone. I knew what I wanted to achieve, and I would never have let anyone get in the way. But maybe that’s just me. I’m very headstrong.

The restaurant industry is having a #MeToo moment, with allegations of sexual misconduct against celebrity chefs. Is this a time of self-reflection for the industry?

It is, and a very important one. I haven’t experienced that kind of behavior, luckily, but there are a lot of people that have, and it’s important they speak out about it. We should say enough is enough.

Do you feel a duty to help other female chefs?

Definitely. I am training a couple in my kitchen. If they can make it to the top, they can change the industry. This generation will break the mold.

Your new restaurant Core focuses on British food. Is that cuisine unfairly maligned?

Yes. Traditionally haute cuisine is French. They created it, and you can’t get away from it. What we have in Britain is a very strong produce culture. So we’re trying to take core British ingredients, play with them and elevate them to a fine level.

You catered Prince Harry and Meghan Markle’s royal wedding in May. How was that different from other jobs?

I don’t think it was different. We just cooked how we cook. When I was younger and there’d be high-profile clients, I’d panic a bit. But with maturity, you know what you’re doing and you get on with it. It was just like any other day. 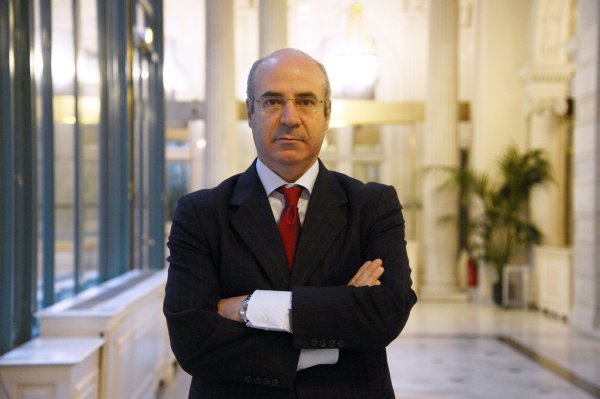 One of Putin’s Most Hated Foes Has Some Advice for President Trump
Next Up: Editor's Pick