When It Comes to Breastfeeding, This Is Why Women Never Feel Like They’re Right

There may be nobody as vulnerable to manipulation as a mother worried about her child’s health. The question of whether we’re doing right by our kids cuts straight to the maternal heart. The problem is that in this age of marketing vs. activism, we’re overwhelmed and paralyzed by the debates about what’s best.

It’s not surprising, then, that there was an uproar when the New York Times reported on July 8 that the Trump Administration had tried to dilute a resolution at the World Health Assembly this spring that called on all nations to “protect, promote and support breastfeeding.” The effort failed, but the U.S. delegation was accused of favoring the interests of formula companies over the health of children when it objected to that seemingly mild language as well as restrictions on marketing breast-milk substitutes to mothers.

As we’ve seen in the debates over abortion or plastic surgery or pregnancy nutrition, everyone has an opinion about what women should and should not do with their bodies — even if they don’t inhabit a female body themselves. And that is especially true when there’s a $45 billion global business like infant formula at stake.

Standing in opposition to that revenue number are the health advocates who have fought for decades to increase breastfeeding everywhere and decrease misleading infant-formula marketing practices, particularly where lack of access to uncontaminated water can make using powdered formula life-threatening. Experts point out that the overwhelming evidence of the health benefits linked to nursing — a lower risk for asthma, obesity, Type 2 diabetes, sudden infant death syndrome (SIDS) and ear and respiratory infections — extend to all countries.

Despite all that data, the U.S. has consistently lagged behind most high-income countries on both breastfeeding rates (only about half of American women are still breastfeeding at six months, as is recommended by the American Academy of Pediatrics) and the policies that help increase them, like paid maternity leave. The current Administration’s move in some ways echoes 1981, when the U.S. was the only dissenting vote with 118 countries in favor of adopting rules that would prevent formula companies from giving away their products to new mothers and targeting them with aggressive marketing practices; World Health Organization experts believed these methods were linked to a dramatic increase in mortality, malnutrition and diarrhea in very young infants in developing nations.

President Trump responded by pointing out that his Administration is not anti-breastfeeding but in favor of giving women more choice — an exquisitely Trumpian way of co-opting the left’s script. Caitlin Oakley, a spokeswoman for the Department of Health and Human Services, added in a statement that women who can’t breastfeed should not be “stigmatized,” but rather “equally supplied with information.”

Many American women agree, saying the cultural mandate to breastfeed no matter their personal circumstances and zealous hospital lactation programs is another example of how women’s bodies are not their own to manage. It’s true that the experts don’t mince words. Dr. Colleen A. Kraft, president of the American Academy of Pediatrics, has said that “the decision to breastfeed is not a lifestyle choice, it’s a critical decision for infant welfare.” And part of the World Health Organization’s recommendations on marketing is to have the formula products carry messages about the “risks of not breastfeeding.”

This is where the conflict lies. Who has the authority to say when a lack of benefit is dangerous? It’s one thing to hear that breastfeeding gives your baby a slew of health rewards and a different thing to hear that formula feeding could be risky. These decisions are made more fraught by hypertargeted digital marketing about nursing and all the other hot debates — whether to vaccinate a child or not, to medicate them for ADHD and the many other questions for which there is no one answer. And so mothers try to filter out the flotsam and the hype, always knowing that someone will think they’re wrong — and that needing to choose is the one thing we don’t have a choice about. 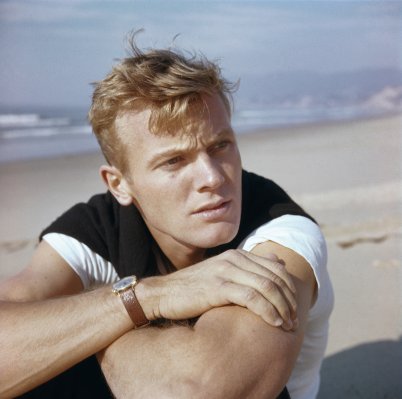 Tab Hunter Was a Model Of Kindness in Hollywood
Next Up: Editor's Pick