An unnamed young woman–blond, beautiful, a graduate of Columbia University–hates everything and everyone in shiny, brittle Manhattan, circa 2000. So she decides to hibernate in her Upper East Side apartment for six months. Maybe, she thinks, if she sleeps all that time–with the help of an enabling psychiatrist and the medications she prescribes–she will wake to find purpose and pleasure in living. In her new novel, My Year of Rest and Relaxation, Ottessa Moshfegh pulls off an unlikely premise, demonstrating once again the unsettling energy, daring plotting and biting observations that have earned her literary prizes and praise from the start of her career.

At 37 years of age, Moshfegh is past being labeled an enfant terrible, but there is something youthfully confrontational about her storytelling and the forthright, uncompromising way she speaks. “Yes, I’m very ambitious,” she tells TIME. “I was born with that desire to engage in the creative process and understand things beyond the surface.”

The daughter of two musicians–her father was born in Iran, her mother in Croatia, she in Boston–Moshfegh tried the piano as child. But writing was always the art that captivated her, and has made it easier for her to live in a world that, as a younger woman, she could find intolerable. Channeling her own experiences, she often creates women who, she says, find it “hard to be a person.” The stars of her dark tales of degradation and surprise are outsiders who fail to self-actualize.

After graduating from Barnard College and earning an MFA at Brown University, Moshfegh published stories in the Paris Review and the New Yorker, and later a novella, McGlue, about a drunken 19th century deckhand who may have killed his closest companion.

But most readers will remember her for Eileen, the 2015 noir thriller about a troubled secretary at a boys’ prison who spends her nights caring for her alcoholic father, which was short-listed for the Man Booker Prize and won a PEN/Hemingway Award.

Eileen, the novel’s protagonist, was not attractive, and Moshfegh felt annoyed to discover that readers focused on that fact, as if the demeaning and ugly things the character did came from her lack of physical beauty. She’s quick to call foul on our culture’s preoccupation with appearance. “We are very deeply programmed to want to see people in real life as they appear on TV,” Moshfegh says. “The more we use and abuse our screens, the less a human being in her biological reality can seem beautiful.” The author, who describes struggling with eating disorders for years, deliberately avoids adding her own photo to her books.

Moshfegh’s aversion to worship of physical beauty is one reason she endowed her troubled protagonist with objective good looks: to show that discontent rises from deeper springs. The character, despite having the trappings of a “perfect” life, is miserable enough to quit her glamorous art-gallery job and check out. Moshfegh says she feels for her overly privileged protagonist. “She has nothing,” the writer says. “Nothing but money.”

Indeed, the woman doesn’t even have a name. If readers ask the obvious question–Is this character you?–Moshfegh has her answer ready: “I will say, ‘Yes, this is me. Is it you?'” 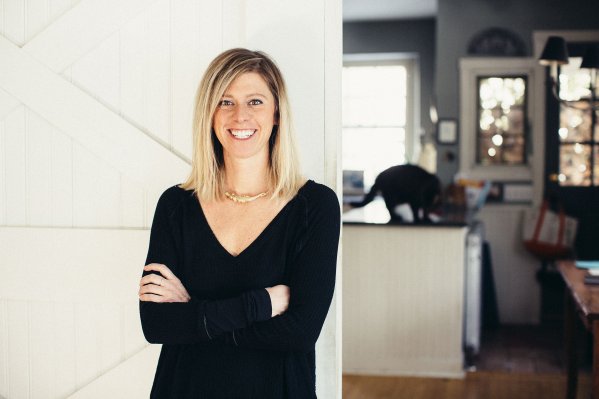 ‘I Knew Everything About Him.’ An Obama White House Staffer on What It Was Like to Work For the Former President
Next Up: Editor's Pick