The United Kingdom’s ‘Brexit Dream’ has Become a Waking Nightmare

“The dream is dying,” wrote Boris Johnson of Brexit in his letter to beleaguered Prime Minister Theresa May, resigning the post of Foreign Secretary. Her plan for leaving the E.U., he warned, will leave Britain with the “status of colony,” because it binds the U.K. to E.U. regulations with no say over how those rules are made. The U.K. is legally bound to leave the political and economic bloc on March 29, 2019, but in the two years since the British people voted to leave, little progress has been made on what the country’s relationship with the E.U. will look like once it has gone.

For months, May had refused to choose between the idea of a “soft Brexit,” a deal that sought to minimize damage to Britain’s economy by maintaining some regulatory alignment between the U.K. and E.U. economies, and a “hard Brexit,” a much cleaner (if potentially more disruptive) break. She prevaricated in fear that divisions over this question within her Cabinet, and her Conservative Party more broadly, would bring down her minority government.

She knew the clock was ticking. Finally, on July 6, May made her choice, opting for an approach that would require the U.K. to accept certain E.U. rules on goods and products but reject its regulations for services–a kind of softish Brexit that she hoped E.U. leaders might accept, even if the hard-liners in her Cabinet did not.

At first it appeared that May’s plan had avoided a mutiny. But late on July 8, Brexit Secretary David Davis, the man nominally responsible for negotiating the terms of departure, left her government in protest at the plan. Within a day, Johnson–a chief advocate for a hard Brexit, with long-held ambitions for May’s job–had submitted his own resignation.

May’s government is now weaker than ever, and her future unclear. Less unclear is the complete nightmare that the Brexit process has become, not just for May’s government but for the U.K. overall. Brexit negotiations–a monumental task under the best of circumstances–will now have to contend with the open dysfunction not just of internal E.U. politics but domestic U.K. politics as well. So far, the Europeans have committed to little. And deadlines are looming.

If the two teams of negotiators fail to meet an October deadline to agree on a transitional deal, there’s a real possibility that the U.K. will leave next March without an agreement in place. That would undoubtedly impact both sides, but it would hit the British people the hardest.

Already, major businesses are plotting departures to the European continent to ensure that they retain access to the much larger European market. Bank of America is planning to move top banking executives to Paris, while Airbus, Siemens and Jaguar have each warned that a hard Brexit might prompt them to shift operations out of the U.K. As British politicians haggle over the trade-offs of remaining within, adjacent or apart from the European market, the choice for industry executives is much easier. The result is a U.K. that not only loses out economically but that also sees its shrinking influence on the world stage condensed neatly into a two-year negotiating window that’s rapidly closing.

For the time being, May’s saving grace may well be that the U.K. premiership is a poisoned chalice that no serious politician–even Johnson–should want until Brexit is over and done with. European leaders, meanwhile, will be able to hold up the unfolding crisis as a cautionary tale for those thinking of following suit. Any symbolic victory for the British is far harder to discern. 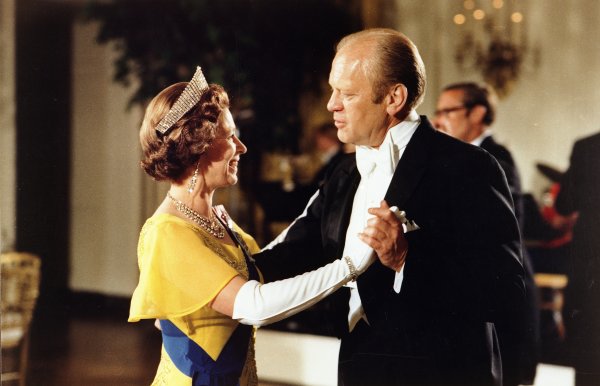 Here's How Every Meeting Between the Queen and a U.S. President Went
Next Up: Editor's Pick