You Can Pay to Nap at This Mattress Company's New Store

(Bloomberg) — In today’s e-commerce scene, branding focused on providing customers excitement — an experience rather than just a product — is becoming de rigueur. The last thing you want to do is put people to sleep.

The $15 billion mattress industry is fully attuned to the growing American fascination with good sleep. That trend is fueling the rise of online sellers who are simplifying the process and luring customers with lower-than-store prices, free shipping and a no-risk three-month trial.

Online mattress slinger Casper is taking it a step further. The bed-in-a-box business, which has already caught the attention of tech-savvy urban dwellers, is known for pulling off weird yet charming marketing stunts. In 2016, it targeted canines with dog beds that cost as much as $225. Then it introduced a chatbot for insomniacs, called the Insomnobot3000. This time around, Casper is opening a store where the point is to have customers come in and nap.

On July 11 the company launched the Dreamery, a “physical sleep experience” that will let city dwellers book 45 minutes of downtime in one of its nine private rooms. The concept store, located just behind its Manhattan flagship in Greenwich Village, provides pajamas, essential sleep oils and meditations by the mindfulness app Headspace, all for only $25.

“There’s a really big opportunity here to create products and experiences to really help people think about sleep in a totally different way,” Casper co-founder and Chief Operating Officer Neil Parikh said. “Throughout the course of the day, there are so many moments you need to rest and relax—but it’s hard.”

Casper contends this isn’t just a marketing stunt—the company said it hopes to expand to college campuses, corporate buildings and airports (where commercial sleep pods already exist) in an ambitious effort to encourage a more positive attitude toward daytime sleep. While afternoon naps have long been a part of European culture, in America the concept remains foreign. Parikh said he wants to change that.

The Dreamery will act as a “cultural change center” and will try to de-stigmatize society’s view toward napping and resting throughout the day. It’s some pretty sharp marketing, too, when you sell mattresses. 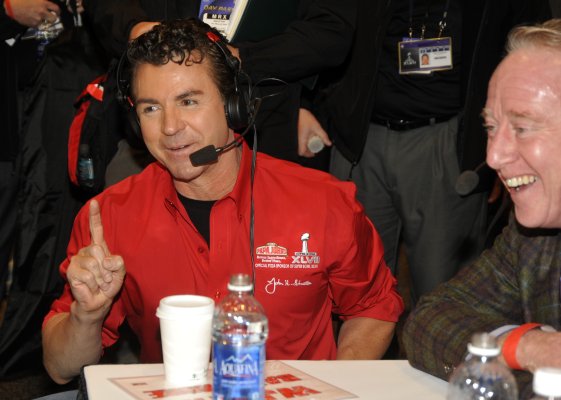 Papa John's Stock Is Sliding After Reports the Founder Used a Racial Slur on a Call
Next Up: Editor's Pick