A big day for British soccer (or football) fans when their team is competing in the semifinals of the 2018 World Cup against Croatia.

If they win, they head to the final against France. If they lose, they at least can take pride in making it farther along in the tournament than their country has been for multiple decades.

But already emotions are running very high amongst English soccer supporters. When player Kieran Trippier scored an early goal against Croatia in the first quarter, in fact, crowds of England fans erupted in raucous joy. Take this gathering in London’s Hyde Park, where thousands came together to watch the game on large public outdoor screens. As soon as the ball hit the net, footage of the crowd shows the ensuing celebration — including a veritable fog of beer spritzing everyone as fans splashed their beverages in the air in unfettered jubilation.

“England fans in Hyde Park waste about $10,000 in beer on team’s first goal against Croatia,” suggested one sports reporter while tweeting out the clip.

With the game’s score tied as of this story’s publish, chances are high there will only be more beer spilled as English — and Croatian — fans continue to root avidly for their country’s success on the World Cup stage. 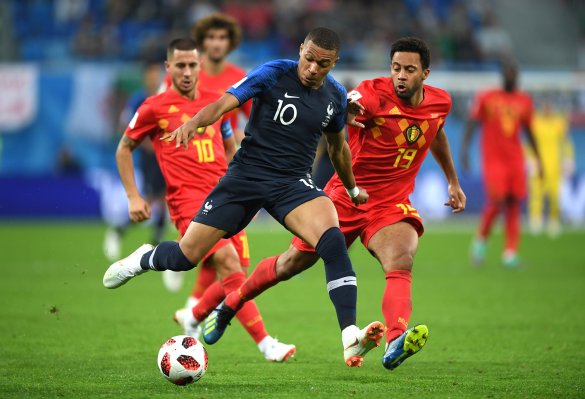