Do You Really Need Less Sleep As You Age?

There’s no doubt that kids need more sleep than adults. Their growing bodies and brains burn through a lot of energy, and adequate rest and recovery are essential for proper development. That’s why the National Sleep Foundation recommends that teens get eight to ten hours of sleep a night, while younger kids require more.

But what about adults? It’s common for people to sleep fewer hours in middle age than during their 20s or 30s—and to report feeling fine. But does a person’s sleep requirements diminish with age? “No,” says Dr. Leila Kheirandish-Gozal, director of clinical sleep research at the University of Chicago. “The amount of sleep needed doesn’t change, but the perception of sleep changes.”

The human body is capable of adaptation, Kheirandish-Gozal explains. If you move to a colder climate, you’ll eventually get used to it. And, in the same way, a person’s body and brain can grow accustomed to operating without adequate sleep. This may not produce any noticeable issues in the short term. But over time, Kheirandish-Gozal says, insufficient sleep can mess with a person’s metabolism, mood, memory and heart function—therefore increasing his risk for obesity, diabetes, forgetfulness and heart disease, to name just a few of the many conditions linked to chronic poor sleep.

Another factor to consider: When it comes to sleep, need and ability are two different things. “It’s pretty clear that sleep ability decreases with age,” says Michael Grandner, director of the Sleep and Health Research Center at the University of Arizona College of Medicine. Many older adults assume that their inability to sleep soundly or for extended periods is a sign that they don’t need as much rest. But that’s probably not true, Grandner says. (Some older adults also struggle to perform physical activity, but that doesn’t mean exercise is any less important.)

So how much sleep do middle-aged and older adults really need for optimal health? That’s tricky. “We say, on average, try to get seven or eight, but inevitably you’ll have people who need more or less than that,” Grandner says.

There are plenty of scientific challenges involved with measuring “adequate” sleep. For one thing, we all tend to be poor judges of our own sleepiness levels. “You ask people how well-rested they are, and they have no idea,” Grandner says. “People say they’re totally fine, but then we look at objective performance measures—like reaction or focus—and we see pretty dramatic declines.”

Also, in order to produce measurable short-term effects, Grandner says researchers need to severely reduce a person’s sleep—knocking them down to five hours or less per night, which pretty much everyone agrees is too little sleep. But when you’re comparing six or 6.5 hours to 7.5 or eight, short-term harms are more difficult to tease out.

The bigger question is how much sleep adults need each night in order to avoid the long-term health risks Kheirandish-Gozal mentioned: the metabolism issues, or the increased risk for mental or physical infirmity. Again, this is difficult to measure. “If you ask people how much they’re sleeping on average, they’ll say they’re getting seven [hours] or eight or six—no one says they get 6.5, or that it varies every night,” Grandner says. For this reason, even well-designed long-term sleep studies tend to spit out rough averages that may apply to large groups of people but not to individuals.

“When people ask me how much sleep they need, I ask them, need for what?” says Max Hirshkowitz, a professor emeritus at Baylor College of Medicine and former chairman of the National Sleep Foundation. “Do you need sleep to do complex math or drive a truck for 14 hours, or do you need it to watch TV?” There’s evidence that getting eight or nine hours may help people’s brains and bodies perform their best, he says. But when it comes to health, most adults need seven hours, plus or minus an hour depending on the individual. If you’re getting six or less, that’s probably not enough, he says.

Assuming you’re in that six-to-eight-hour window, how can you tell if you need more? Emotional instability—being moody or feeling anxious all the time—is one indicator of inadequate sleep. “There’s a particular stage of sleep that helps with emotional stability, and that happens mostly in the second half of the night,” Hirshkowitz says. If you’re sleeping too little, that’s the part of sleep you’ll miss out on.

Also, if you’re nodding off during the day—even during boring activities like driving—that’s another sign you’re not getting enough sleep, Grandner says. (The one exception: feeling drowsy in the afternoon, which is common and not a sign of sleep deprivation, he says.)

“Another one is if you fall asleep as soon as your head hits pillow, like within one or two minutes,” he says. He compares conking out like this to a starving person wolfing down a plate of food in a minute or two; both are signs your body isn’t getting enough of what it needs. Tossing and turning for 30 minutes or longer is bad. But a normal, well-rested person needs five or 10 minutes to ease into sleep at night, he says.

If you think you’re deprived, try building in more time for sleep each night. And if you can’t seem to sleep enough at night, take naps. “If they don’t interfere with your sleep at night, naps are fine,” Hirshkowitz says.

“Naps are absolutely okay,” Kheirandish-Gozal agrees. She explains that “power naps”—those lasting 40 minutes or less—are a great way to recharge your batteries during the day. If your work or personal schedule don’t allow you to sleep as much as you need to at night, naps are a great way to catch up.

Finally, “don’t freak out” if you’re not getting as much sleep as you think you should be, Grandner says. If you’re suffering from insomnia or if you feel terrible all the time due to lack of sleep, see a doctor. “But it’s not going to kill you if you don’t get perfect sleep every night,” he adds. “If some nights you get seven or eight hours and others you get six, that’s okay.”

Even when it comes to the harms associated with too little sleep—the heightened risk for obesity or cardiovascular disease—there’s a lot of person-to-person variation, and study findings are all generalizations, he says. “Research shows exercise is good for the brain, but it’s not like all Olympic athletes are geniuses,” he says.

Getting adequate sleep is important, even as you age. But don’t lose sleep over it. 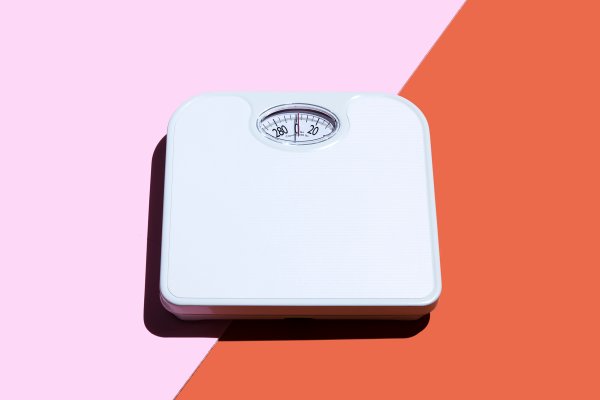 About Half of Americans Say They're Trying to Lose Weight
Next Up: Editor's Pick