In the end, it just wasn’t meant to be Roger Federer‘s year at Wimbledon.

After four hours of hard play on Tuesday at the grass courts of Wimbledon’s All England Lawn Tennis and Racquet Club, the Swiss tennis superstar and championship mainstay fell in a dramatic five-set game against South Africa’s Kevin Anderson.

It was a surprise result that now sends the eighth-seeded Anderson to the semifinals at Wimbledon, his first time making it that far in the storied competition that Federer has won eight times, including last year.

While Federer started out strong, besting Anderson 6-2 and 7-6 in the first few sets, his dominance became less complete as play went on. Federer matched his own record of winning 34 straight sets at this year’s Wimbledon, but Anderson came for him on their third round and found his own edge. The final game was an extensive nail-biter, with Anderson ultimately winning out 13-11. In all, the two battled it out for over four hours.

Anderson, a 2017 U.S. Open runner-up, is now looking good going into the semifinal against either Canada’s Milos Raonic or U.S. competitor John Isner. Others still in the running for this year’s men’s singles title include Spanish star Rafael Nadal and Argentina’s Juan Martin Del Potro, currently duking it out in their own quarterfinal. 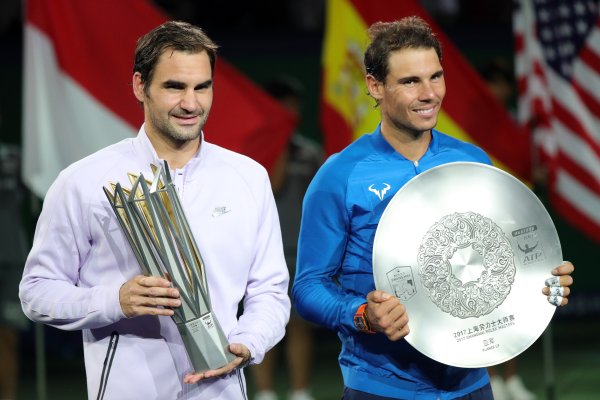 This Year's Wimbledon Could Give Tennis Fans Another Roger Federer-Rafael Nadal Classic
Next Up: Editor's Pick