Meghan Markle Is Being Drawn Into the Irish Abortion Debate. Here's Why That's a Big Deal

An Irish politician has pulled Meghan Markle into Ireland’s abortion debate, potentially conflicting with a centuries-old tradition that royal family members not air their views on political subjects.

After the Duchess of Sussex attended a garden party Tuesday night at the British ambassador’s residence in Dublin, Irish Senator Catherine Noone tweeted she had “had a chat” with her about the May referendum that approved scrapping Ireland’s abortion ban, according to the Irish Times. “She watched with interest and was pleased to see the result,” Noone wrote.

Noone then appeared to backtrack her statement with another Tweet, saying: “I should say she seemed pleased—she was interested and very measured, not political at all.” Both tweets were later deleted, the Irish Times reports, and Noone told the Irish Independent her words had been “unintentionally misleading.”

But Una Mullally, a writer who was also at the party, shared similar comments about a conversation she apparently had with Markle, which she has not deleted:

The royal family has maintained political neutrality since the 17th century, when King Charles I lost his head during the English Civil War. There is no law against the royals having political opinions, but since the Queen’s constitutional role is to represent the entire country, the royal family typically refrains from taking sides in political issues to avoid making life difficult for her.

The principle has been in the news a few times recently. In the run up to the U.K.’s vote to leave the European Union in 2016, when British tabloid The Sun published a front page article with the headline “Queen backs Brexit.” Buckingham Palace dismissed the claims, saying: “The Queen remains politically neutral as she has for 63 years… The referendum is a matter for the British people to decide.”

Markle, however, is a seasoned activist who before her marriage to Prince Harry had criticized President Donald Trump as “misogynist” and had posted a photo of a Brexit protester. Robert Lacey, royal expert and biographer of the Queen, told the Guardian before the royal wedding that the monarchy’s neutrality protocol could present “an existential problem” for Markle.

Neither Buckingham nor Kensington Palace have commented on Noone or Mullally’s claims. 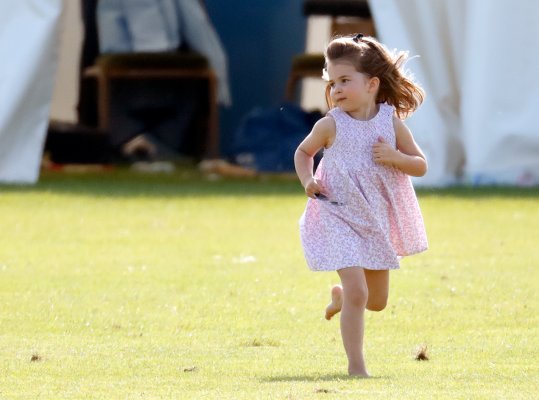 Princess Charlotte Never Loses a Chance to Steal the Show
Next Up: Editor's Pick