Zsa Zsa, an English bulldog who captured the coveted title just nine days ago, passed away in her sleep Tuesday morning, her owner Megan Brainard told NBC’s the Today Show.

Zsa Zsa won the 2018 World’s Ugliest Dog contest, which takes place in the San Francisco Bay area, a little more than a week ago before she crossed the rainbow bridge. She was 9 years old. Brainard said Zsa Zsa’s death was “devastating” and that she and her family were still processing her passing, according to the Today show.

With her crooked teeth, underbite and tongue hanging out of her mouth, Zsa Zsa won over the competition’s judges and collected a $1,500 prize as the winner of the 30th annual contest. Zsa Zsa bested a terrier with dreadlocks named Scamp to take home the win.

Brainard told the Today show she drove 30 hours from her home in Anoka, Minn., to give Zsa Zsa the opportunity to participate in the contest, which is put on every year to raise awareness for dog adoption. Zsa Zsa herself was rescued from a puppy mill and put up for adoption on PetFinder.com, which is where Brainard found her, and subsequently named her after the Hollywood legend Zsa Zsa Gabor.

Zsa Zsa’s 15 minutes of fame was extended when Brainard brought her on the Today show in June to celebrate her victory.

“She knew she was special,” Brainard told the Today show. “She never really showed much excitement but yes, she was definitely living it up after she won.”

Zsa Zsa’s family held a farewell ceremony for her in their back yard. “We take millions of pictures in my family, so now we have her face everywhere to remind us of her,” Brainard told Today. 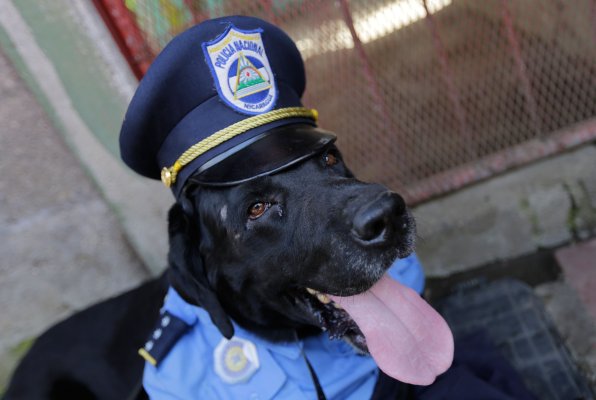 Delightful Hero Dog Can Perform CPR on a Police Officer
Next Up: Editor's Pick