Senators who could cast the deciding votes on the fate of Supreme Court nominee Brett Kavanaugh gave little indication of where their heads were on the matter on Tuesday, hours after President Donald Trump announced his nomination.

Kavanaugh, a conservative federal judge who previously served in the administration of George W. Bush, has been tapped to replace Associate Justice Anthony Kennedy, a longtime swing vote for whom Kavanaugh once clerked. His confirmation now rests in the hands of a narrowly split Senate, where defections from Trump’s own party could sink his chances.

But those lawmakers seen as possible candidates for defection — namely Sens. Lisa Murkowski of Alaska and Susan Collins of Maine, moderate Republicans both — were coy when asked on Tuesday for their thoughts on Kavanaugh.

“I find it interesting that that’s the question when this name has just been down now for, what: ten hours, twelve hours?” Murkowski said, after a reporter asked her if any GOP members could afford to vote against the nominee. “The tough job for all of us is to go to work. We’ve got some due diligence that we’ve got to do. That’s Republicans and Democrats alike. If you’re going to say ‘I’m going to support him’ today or ‘I’m not going to support him’ today, then you’re not doing the job we’re here to do.”

Murkowski and Collins have been the focus of a concentrated campaign against Kavanaugh by liberal groups and affiliated Democrats. The effort has flooded their respective home zones with anti-Kavanaugh advertisements intended to foment public pressure on the two lawmakers to vote against the nominee. The messaging initially centered on the future of abortion rights in the U.S. under a court with Kavanaugh on it.

“The way we’re looking at it is this: If we do a good enough job, we’ll make it obvious enough that Collins or Murkowski will be the deciding vote on whether Roe v. Wade is overturned,” one Democratic aide told TIME last week, referring to the landmark 1973 Supreme Court case on abortion.

Collins was equivocal when asked about Kavanaugh in the Capitol on Tuesday morning. “I obviously want the opportunity to sit down with him one-on-one and to get a better sense of his judicial philosophy,” she told reporters. “I do not apply an ideological test to their personal views. That’s why I voted for Justice [Elena] Kagan and Justice [Sonia] Sotomayor, even though I don’t share the same philosophy with them. I found them qualified to sit on the court. I will go through the same process.”

The reaction of her constituents in Maine to Kavanaugh’s nomination has been “very mixed,” she said.

The anxiety over defections speaks to the narrowness of the Republican’s majority in the Senate. Kavanaugh needs only a simple majority of 50 votes for confirmation; there are 51 Republicans in the upper chamber, but Sen. John McCain of Arizona, who is being treated for brain cancer, is unlikely to vote. Just one flipped G.O.P. vote could sink Kavanaugh’s chances.

But senior Republicans have publicly dismissed this possibility.

“I’m not worried about it at this point,” Sen. John Thune of South Dakota, the Senate’s third-ranking Republican, says. “I think there’s a process we have to go through, our members want to get acquainted with him, they want to meet him, they want to ask him questions. He deserves a fair process and we intend to give him that.”

The G.O.P. could be buffered by defections from the other side of the aisle. There is a small contingent of Democrats from states that Trump won in 2016 who face narrow paths to reelection this fall. Sens. Joe Donnelly of Indiana, Joe Manchin of West Virginia and Heidi Heitkamp of North Dakota have all been floated as possible “yes” votes for Kavanaugh, but on Tuesday, they were just as mum as their moderate colleagues on the other side of the aisle.

“I’m not making any rash decisions on this,” Manchin said. “Our people are looking into everything he’s done in his professional life, and I intend to go back home and ask the people of West Virginia what they think.”

Manchin noted that he had “great concern” about what a conservative-majority court would mean for the Affordable Care Act’s provisions benefiting those with pre-existing conditions.

Heitkamp was more evasive. “I haven’t even met ‘em,” she said, picking up her pace as she walked through the Capitol’s basement to escape a growing throng of reporters.

But other Democrats — those with greater latitude to speak their minds — were more outspoken.

“President Trump said he was going to put somebody on the court who was going to overturn Roe v. Wade and make abortion illegal and take away preexisting conditions and that’s what he’s got,” Sen. Patty Murray of Washington told TIME grimly. 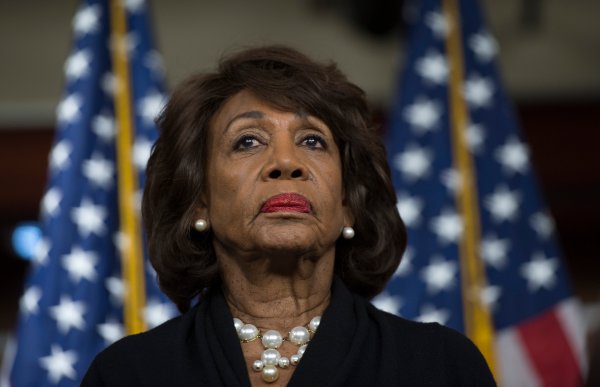