With just one day to go until England battles Croatia for a spot in the 2018 World Cup final, the English team is trying out an interesting new training method.

Ahead of Tuesday’s semi-final match between France and Belgium, the English squad—including Golden boot frontrunner Harry Kane—was spotted tossing around a rubber chicken in preparation for their big Wednesday game.

Fans, of course, were delighted to see the players getting along so well.

“Actually love the atmosphere of this England team. Throwing around a rubber chicken as a training drill,” one England enthusiast wrote. “Even if it isn’t coming home, which it is, they’ve been an absolute delight to follow this campaign.”

“Love how chilled the England squad is, playing with rubber chickens in training day before their biggest game in 28 years hahahaha class,” added another.

See some of the fowl footage below. 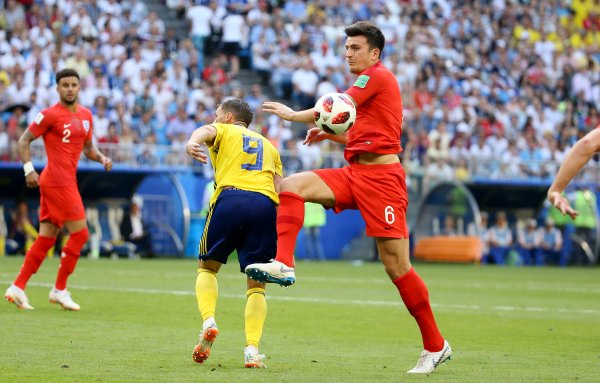 World Cup Player Loves That This Fan Got a Tattoo of His Face After Viral Promise
Next Up: Editor's Pick