''Wrong on Many Levels.' Woman Behind #Planebae Apologizes for Viral Tweets About Those Two Passengers

The woman who recently chronicled two people flirting on a flight has apologized after widespread criticism accusing her of invading their privacy.

Rosey Blair shared her apology on Twitter after the series of tweets she and her boyfriend wrote about two strangers went viral and became known as the #planebae saga.

Initially well received, the story about the passengers who hit it off garnered more than 300,000 retweets and over 800,000 likes. Blair also shared a series of Instagram stories on Twitter about the flirtation between the two after Blair asked a woman to switch seats with her so she could sit next to her boyfriend.

Blair documented their exchange throughout the flight, but once it went viral, people started seeking out the identities of the real people. The man involved, Euan Holden, has since been vocal about their connection.

On Tuesday, Blair apologized for amplifying the story.

“I apologize for utilizing what could’ve of been a beautiful and charming moment among strangers as a tool to communicate a narrative I am fond of,” Blair tweeted. “I apologize for taking what should of been a small mundane moment of cheeriness and turning it into something foul and over amplified.”

She added: “Every woman has a right to her own story. And to have taken away yours and turned it into my own was wrong on many levels.” 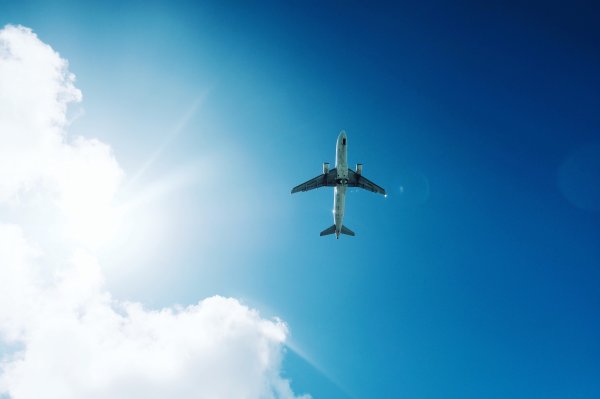 Here's How High Planes Actually Fly, According to Experts
Next Up: Editor's Pick