About Half of Americans Say They're Trying to Lose Weight

If you’re trying to lose weight, new data says that you’re far from alone. 49% of American adults surveyed between 2013 and 2016 reported trying to lose weight at some point during the prior 12 months, according to a report from the Centers for Disease Control and Prevention’s National Center for Health Statistics (NCHS).

Women were more likely than men to report trying to lose weight, finds the data, which is based on responses to the National Health and Nutrition Examination Survey. That finding held true overall — 56.4% of women said they had tried to slim down, versus 41.7% of men — and in each age, racial, income and starting weight group analyzed by the NCHS.

In each of these sub-groups, the researchers noticed some interesting patterns. Older people, for example, were less likely than young adults to report attempted weight loss: About 43% of adults 60 and older said they’d tried to lose weight in the past year, compared to about 52% of adults ages 40 to 59 and roughly half of people ages 20 to 39, according to the report.

Finally, the researchers noticed that the higher a person’s starting weight status, the more likely he or she was to try to drop pounds. Roughly two-thirds of adults with obesity, half of overweight adults and a quarter of normal or underweight adults said they had tried to lose weight, according to the report.

As for which of these methods is best, the answer is that different things work for different people — but research does support certain universal behaviors, such as cutting out soda and sugary drinks, avoiding a sedentary lifestyle and focusing on food quality, rather than simply on calories. 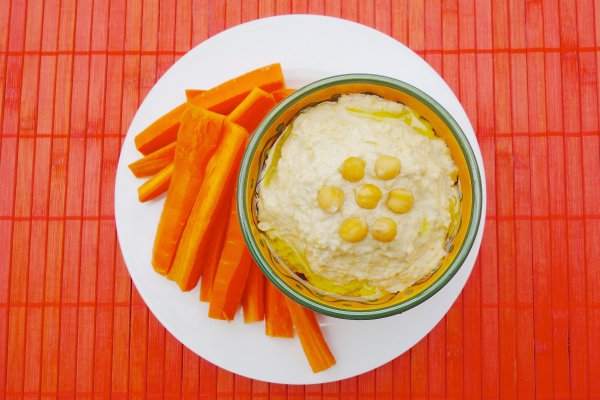 Is Hummus Actually Healthy? Here's What the Experts Say
Next Up: Editor's Pick