Louis, born April 23, is being christened today at the Chapel Royal at St. James’s Palace, the same church where his older brother, Prince George, was christened. The Duke and Duchess of Cambridge will be joined by their other two children, George, who will turn 5 later this month, and 3-year-old Princess Charlotte, as well as Prince Harry and Meghan Markle, the Duke and Duchess of Sussex, and Prince Charles and Camilla, the Duchess of Cornwall. Also in attendance will be the six friends and family members invited to be Louis’s godparents, including several long-time family friends and schoolmates, and Kate’s cousin, Lucy Middleton.

According to the Royal Family’s official website, Louis will wear the same traditional white satin-lined Honiton lace christening gown that his brother and sister wore, which was fashioned after one worn by Queen Victoria 174 years ago. The Lily Font, which has been used at the christenings of all royal family newborns since 1840, will be used to hold water from the River Jordan to anoint his royal head. The real test of loyalty to tradition will come after the ceremony, though.

Per the official website, “Following the service, The Duke and Duchess of Cambridge will give a private tea at Clarence House. Guests will be served slices of christening cake, which is a tier taken from The Duke and Duchess of Cambridge’s wedding cake.” Prince William and Kate Middleton were wed in 2011, meaning that tier of cake is seven years old. It’s fruit cake. That’s certainly one way to test family loyalty and prove that the royal family has really gone green. 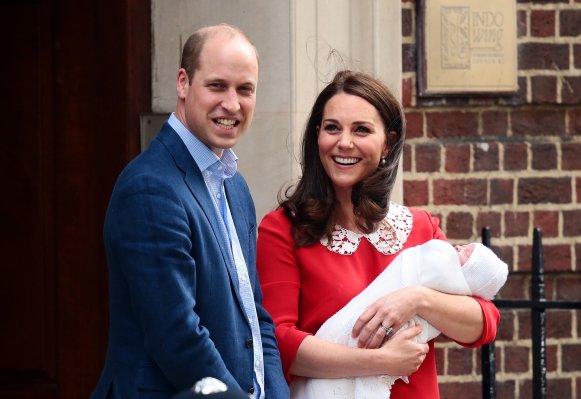 Here's Who Prince Louis' Godparents Are — And No, It's Not Meghan and Harry
Next Up: Editor's Pick