Justin Bieber and Hailey Baldwin out and about in Dumbo on July 5, 2018.
Gotham—GC Images/Getty Images
By Karen Mizoguchi / People

The singer, 24, and the model, 21, got engaged on Saturday evening in the Bahamas during dinner at a local restaurant, according to TMZ which was the first to report the news.

“It’s kind of a surprise, but kind of not. Justin has been extremely happy these past few weeks,” a source tells PEOPLE. “He has known Hailey for a long time. This might seem sudden, but they know each other very well.”

Hailey’s actor dad Stephen Baldwin congratulated his daughter and her new fiancé on Twitter, writing, “Sweet smile on my face! me&wife (Kennya) Always pray 4 Gods will !! He is moving in the hearts of JB&HB Let’s all pray for His will to be done Love you 2 so much !!! #Godstiming #bestisyettocome Congrats @JeremyBieber @pattiemallette #PraiseJesus.”

Bieber’s father Jeremy, who wed in Jamaica in February, hinted at the engagement news on Instagram Sunday, writing, “@justinbieber Proud is an understatement! Excited for the next chapter!”

Locals spotted Bieber and Baldwin dancing at a restaurant on Friday, and the next day the couple was spotted packing on the PDA on early Saturday afternoon.

In the past few weeks since reigniting their romance, Bieber and Baldwin have been showing off their romance all over the Big Apple. Last weekend, they were seen locking lips during a stroll through a local Brooklyn garden after grabbing lunch at DUMBO House, according to an onlooker. Bieber was also pictured giving Baldwin a sweet smooch on the forehead.

In June, the pair were also spotted passionately kissing in Brooklyn’s Domino Park in a video obtained by TMZ. Leaning against a handrail next to New York City’s East River, the duo wrapped their arms around each other in front of parkgoers.

“Right now, Justin is very happy with Hailey,” a source recently told PEOPLE. “He always had a lot of love for her.”

Bieber and Baldwin previously dated before they split in 2016.

After calling it quits, “we went through a long period of time when we weren’t friends,” Baldwin recently told U.K. newspaper The Times.

That same year, Bieber told GQ that he didn’t want to “rush into anything” in case the pair ended up getting married someday.

“What if Hailey ends up being the girl I’m gonna marry, right? If I rush into anything, if I damage her, then it’s always gonna be damaged. It’s really hard to fix wounds like that. It’s so hard … I just don’t want to hurt her.” he told the magazine.

Bieber dated Selena Gomez from 2010-12 and sparked rumors they were back together in October 2017. The exes were spotted together as recently as March.

Meanwhile, Baldwin was romantically linked to singer Shawn Mendes, whom she accompanied to the Met Gala in May.

This article originally appeared on People.com</em 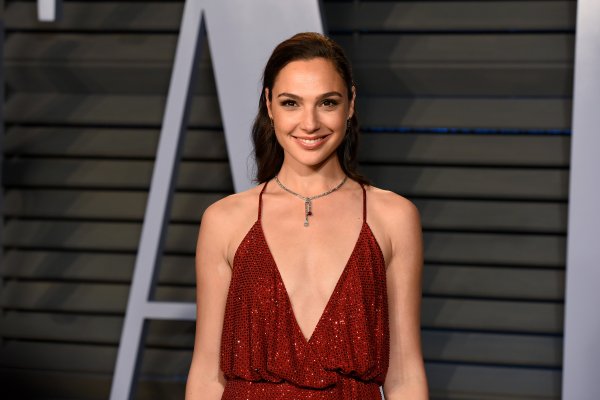 Gal Gadot Dressed as Wonder Woman to Visit a Children's Hospital
Next Up: Editor's Pick