Maisie Williams gave a Game of Thrones farewell that was straight out of Westeros.

With the show’s eighth and final season looming, fans and stars alike are preparing to say goodbye. On Saturday, Williams decided to commemorate her time as Arya Stark with a little bloodshed — this is Game of Thrones, after all — by posting an image of her red-spattered white sneakers on Instagram.

“Goodbye Belfast. Goodbye Arya. Goodbye Game of Thrones,” she wrote in the caption. “What a joy I’ve had. Here’s to the adventures to come.”

The 21-year-old star also got fans buzzing about spoilers by tagging herself “#lastwomanstanding.” Some speculated that the hashtag meant she’s the only character to survive, while others pointed out Williams might have been one of the last Game of Thrones actors to film scenes.

Game of Thrones will return to HBO sometime in 2019. 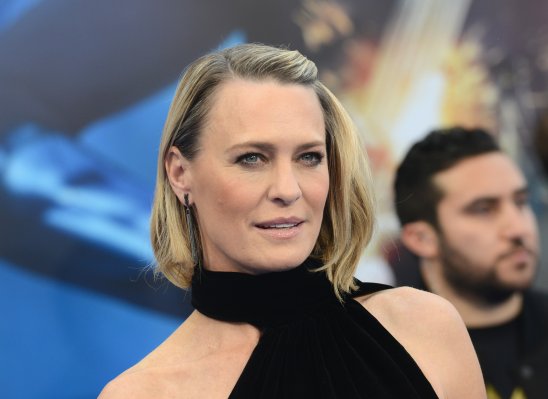 'House of Cards' Has a July 4th Message from the New President
Next Up: Editor's Pick