The Mars Opportunity Rover Has Defied All Odds for 15 Years. But Now, It Could Be in Danger

NASA’s Opportunity Rover has defied all the odds and is celebrating her 15-year anniversary Saturday — but it’s unclear how much longer it will last amid the dust storm that has taken over a quarter of Mars.

On July 7, 2003, NASA launched Opportunity to Mars, the second of the two rovers launched that year to explore the red planet in search of signs of past life. Opportunity was initially meant to be on a 90-day mission, but is still exploring Mars and sending back extraordinary images and intel on Mars.

Since arriving on Mars in January 2004, the 384-pound rover has made crucial discoveries that have shaped our understanding of Mars. Most notably, the evidence that at one point, a part of Mars had water for an extended period of time — meaning the planet had the right conditions to support microbial life, a necessary requirement for sustaining life on Earth.

The rover has also investigated two craters on Mars, Victoria and Endeavour, according to NASA.

Opportunity, which is powered by solar energy, has been in hibernation for weeks following a giant dust storm swirling on Mars. According to NASA, despite the lack of sun due to the storm, Opportunity was built to survive extreme colds and the rover’s batteries have stayed warm enough to function. NASA said they do not expect to hear from Opportunity until the skies begin to clear over the rover.

“By no means are we out of the woods here,” John Callas, the Opportunity project manager at NASA’s Jet Propulsion Laboratory, told the AP. “This storm is threatening, and we don’t know how long it will last, and we don’t know what the environment will be like once it clears.”

This is not the first dust storm Opportunity has weathered. In 2007, the rover was able to wait out a similar dust storm — though it only lasted a few days.

But NASA said Opportunity’s energy levels are much lower this time. And while it’s unlikely that the rover will get buried by dust, the storm could cover its solar panels as well as its optical instruments on its clock that could knock it offline and cause signal problems.

Prior to Opportunity’s brush with this dust storm, the rover was in exceptionally good condition, albeit a robotic arm that’s effectively gone arthritic with age.

“Keep in mind, we’re talking about a rover that’s been working at Mars, hanging in there, for 15 years and designed just for 90 days,” Jim Watzin, director of NASA’s Mars exploration program, told the AP. “It just doesn’t get any better than that.” 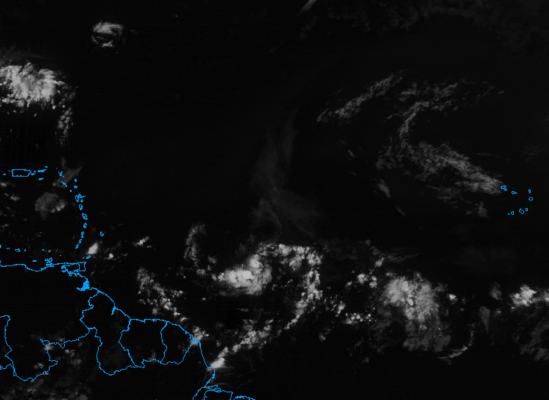 Here's What Hurricane Beryl Looks Like From Space
Next Up: Editor's Pick