There’s no doubt that Neymar da Silva Santos Júnior, better known as Neymar, is one of the greatest soccer players alive. The Brazilian team’s forward, who also plays for Paris Saint-Germain, is known for intricate footwork, fierce attacking, powerful offense, and spot-on shooting on goal, all of which has helped Brazil’s national team advance to the quarter final round of the 2018 World Cup.

However, Neymar is also known for something slightly more ignominious—flopping. Fans are used to seeing Neymar dropping to the ground, rolling around, clutching his injury until the referee notices and ideally gives him a free kick or penalty shot. Once the ref makes his call, Neymar pops up, seemingly recovered, and ready to return to play. It’s a move he pulls a lot. In fact, a Swiss television station attempted to tally up all the time he’d spent on the turf during his team’s first four World Cup matches.

While flopping is frustrating for fans—and referees can dole out dreaded yellow cards as punishment for halting playing time—it can work and earn a free kick for his team. That’s why at least one soccer coach seems to be instructing young players in the fine art of flopping, just like Neymar. In a tweet making the rounds, a Swiss youth club coach has started to include “Neymar exercises” into their soccer practice where they seeming dive to the ground, writhing in pain. Deadspin translates the tweet as: “Swiss football clubs have added ‘Neymar exercises’ to ‘soccer training’ in their infrastructure!!”

While it is (most likely) a joke and the kids are clearly having a lot of fun learning from their soccer idol, Neymar’s on-field antics have been brutally mocked by the internet. After he flopped during a match against Switzerland and rolled a number of yards down the field, #NeymarRolling started trending on Twitter. Now, the brands are noticing. As USA Today points out, KFC’s South African franchises created a minute-long ad that skewers Neymar’s roll. 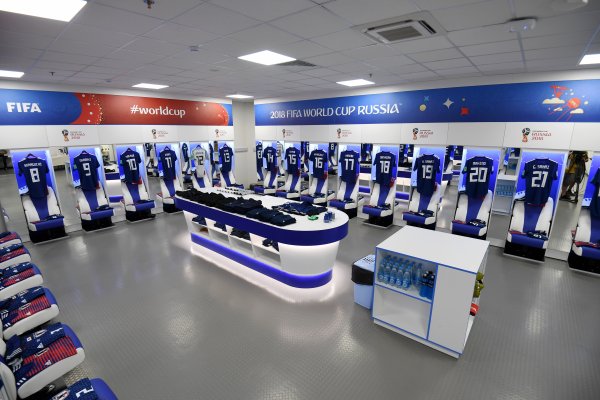 Japan's Players Redefine Sportsmanship By Cleaning Up Locker Room After Losing at the World Cup
Next Up: Editor's Pick