A Giant Inflatable 'Trump Baby' Will Fly Above London During the U.S. President's Visit

The mayor of London has give the green light to plans for a giant blimp depicting President Donald Trump as a diapered baby to fly over the British capital during his visit on July 13.

British environmentalist Leo Murray, who raised over $23,000 to build the inflatable, said the city had “rediscovered its sense of humor” in granting permission for “Trump Baby” to fly for two hours next Friday morning, the BBC reports.

Murray’s creation is about 20 feet high and portrays the U.S. President as an angry baby clutching a cellphone in one of his tiny hands. “This is not a protest against America or Americans,” he told TIME when the blimp was unveiled June 26, “this is a protest against what Donald Trump is turning America into.”

In a statement to the BBC, the office of London mayor Sadiq Khan said he “supports the right to peaceful protest and understands that this can take many different forms.”

Trump has previously clashed with Khan on Twitter, criticizing the mayor’s response to a deadly terrorist attack in London last June and using it to justify his travel ban on several Muslim-majority countries.

Mass protests are scheduled to greet the President’s July 13 visit to the U.K., during which he will meet the Queen and British Prime Minister Theresa May. Activists told the BBC that more than 10,000 people signed a petition requesting permission for the blimp to fly over London’s Parliament Square. 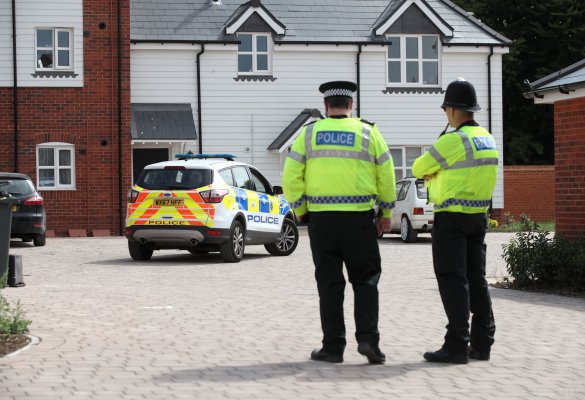 'There Will Be Severe Pain.' What to Know About the New Novichok Nerve Agent Poisoning in the U.K.
Next Up: Editor's Pick