Children play in the water fountains at the Place des Arts in Montreal, Canada on a hot summer day July 3, 2018.
Eva Hambach—AFP/Getty Images
By Casey Quackenbush

A heat wave that has scorched southern Quebec for a week has caused at least 34 heat-related deaths in the Canadian province.

The heat wave, which started last Friday, is the worst to hit the province in decades, Canada’s CBC reports.

Montreal’s health department reported Thursday that the death toll had risen to 18 in the city, with seven more suspected heat-related deaths in the Eastern Townships, six in the Mauricie-Centre-du-Québec region, two in Montérégie, and one in Laval.

According to Montreal’s public health department, those who died didn’t have air conditioning in their homes and suffered from health issues.

The Canadian government issued a health warning Wednesday for southern Quebec, saying that hot and humid air will persist in the region through Thursday but will cool on Friday. Temperatures in Montreal reached 93 degrees Fahrenheit Wednesday, and are expected to stay the same Thursday. Heat warnings were also issued for much of Ontario, Nova Scotia and New Brunswick, according to Reuters.

Local authorities are taking initiatives to combat the heat, including opening swimming pools and air-conditioned areas to the public, distributing water and having first responders checking in on vulnerable citizens. Montreal Mayor Valérie Plante said firefighters and police visited 15,000 people to ensure they were coping with the heat.

“We’re doing everything we can,” she said at a news conference, according to CBC.

Officials have also called on the public to check on their neighbors. “I’m counting on Montrealers to knock on doors, maybe of a neighbor, just to find out if the person is OK. It’s a team effort,” Plante said.

Major heat waves also hit large swathes of the U.S. last week. Some relief is expected Friday, with Meteorologists forecasting a high of 23 C (73F), with cooler temperatures continuing through the weekend. 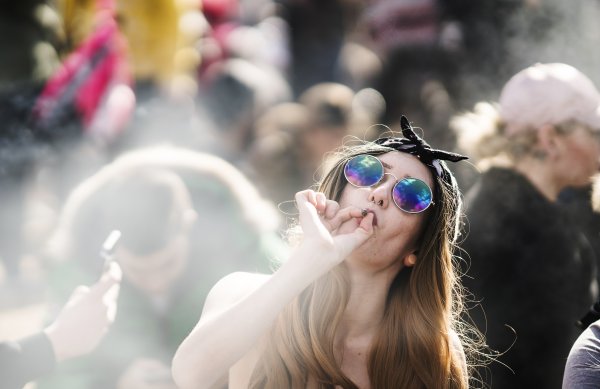