Protestors Arrested After Unfurling 'Abolish I.C.E.' Banner at Base of Statue of Liberty

A chaotic scene unfolded at the Statue of Liberty during the Fourth of July holiday Wednesday when several protestors were arrested for unfurling an “ABOLISH I.C.E.” banner before a woman started scaling the monument itself.

The ordeal prompted an evacuation of the island that holds the national monument, forcing park officials to usher 3,000 to 4,000 visitors off Liberty Island in ferries as U.S. Park police and the New York Police Department attempted to coax the woman off the statue, Jerry Willis, a National Park Service spokesperson, tells TIME. The protestor still sat at the base of the Statue of Liberty, near the foot of the monument, as of 5 p.m., he says.

Willis couldn’t confirm whether similar of protests have involved climbing Lady Liberty in the past, but he says, “It’s very unusual in recent history — I can tell you that.”

It is unclear whether the woman who scaled the statue was part of the group of protestors who unfurled the “ABOLISH I.C.E.” banner at the base of the Statue of Liberty moments before. Seven of those protestors were arrested, Willis says.

They came from Rise and Resist, a New York-based activist group created to protest the election of President Donald Trump and his policies. The stunt came days after protestors around the country participated in Families Belong Together rallies in response to the President’s immigration policies. The protests were sparked by the separation of families at the U.S.-Mexico border under the Trump Administration’s zero-tolerance policy.

“ICE has proved to be a threat to our liberty and way of life, and should be abolished,” Leon Kirschner, a Rise and Resist member, said in a statement the group released about the protest.

“Abolish ICE” has become a growing rallying cry for opponents of the U.S. Immigration and Customs Enforcement agency. Last month, Rep. Mark Pocan (D-WI) introduced a bill in the House that would abolish ICE, and Alexandria Ocasio-Cortez, a Democratic candidate for Congress in New York who rose to national fame when she defeated a longtime incumbent in the primary, made abolishing ICE. part of her platform. 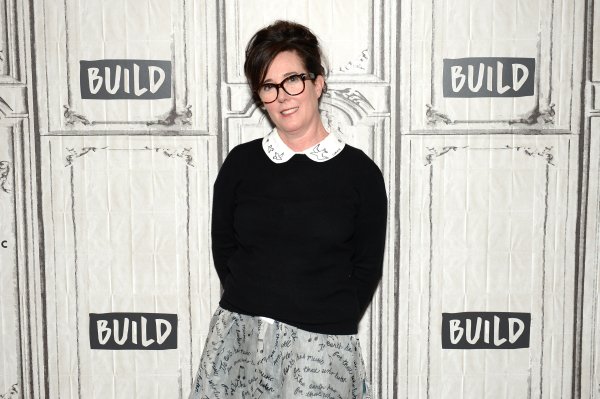