Your Ultimate Guide to the 2018 Tour de France

Cyclists from all over the globe are racing in one of the most challenging competitions in sports — the Tour de France.

The 105th Tour de France kicks off Saturday, July 7 in Noirmoutier en l’Île, a scenic, coastal town in western France. The 22 teams, which each have nine racers, will cycle the 21-stage race that spans a total of 2,082.2 miles and tours almost all of France. The last stage of the 2018 Tour de France ends in Paris on Sunday, July 29.

According to the organizers, 3.5 billion people in 190 countries tune in to watch the Tour de France each year and it is one of the best-attended annual sporting event on the planet, with 12 million roadside spectators cheering on cyclists.

Here’s everything you need to know about the 2018 Tour de France, including important dates, how to watch the races and who this year’s favorites are.

When does the 2018 Tour de France start?

This year, the Grand Départ starts around 10 a.m. local time in Noirmoutier en l’Île on July 7.

The 22 starting teams will cycle through most of France and make a pitstop in Spain before finishing in Paris on Sunday, July 29.

There will be two rest days, one individual time trial, a team time trial and three mountain finishes.

Who are the 2018 Tour de France favorites?

Four-time Tour de France champ, Christopher Froome, is the favorite to take home the title this year after winning the 2017 race. The British rider, who is part of Team Sky, will face heavy competition from Movistar team member Nairo Quintana and Richie Porte from BMC Racing.

Froome nearly didn’t compete this year after organizers announced he would be banned for suspected doping — a problem that has plagued the sports world, most notably affecting cycling with Lance Armstrong’s downfall. But Froome was cleared of any wrongdoing and will be going for his fifth Tour de France win.

There will be 176 riders total from countries all over the world including five Americans cycling in the 2018 Tour de France.

The 2018 Tour de France will be broadcast live on NBC or NBCSN and and NBC Sports Gold with commentary by Phil Liggett and Paul Sherwin.

You can also watch the competition through the Tour Tracker App, a free app that lets users livestream stages of the race and get push notifications on their phones for their favorite cyclists.

What is the 2018 Tour de France schedule?

The 2,082-mile race will be divided into 21 stages, with cyclist riding through Fougères, Saint-Paul-Trois-Châteuax and Houilles in France.

During the three-week race, cyclists will ride on a variety of challenging routes including hills, high mountains and dust-covered roads before finishing in Paris at the end of the month.

Each of the 21 stages has a distinctive set of challenges for cyclists. Kicking off on Île de Noirmoutier, a small island off the Atlantic coast of France, cyclists will cross a bridge to the mainland while navigating the twisting Vendée coastline.

Stage 9 is expected to be a fan favorite because of its complexities. On July 15, cyclists will ride through 15 cobbled paths from Arras to Roubaix, alongside the Belgian border. The bumpy ride can be dangerous for competitors, and is where a fall is most likely to happen — dashing hopes of victory. 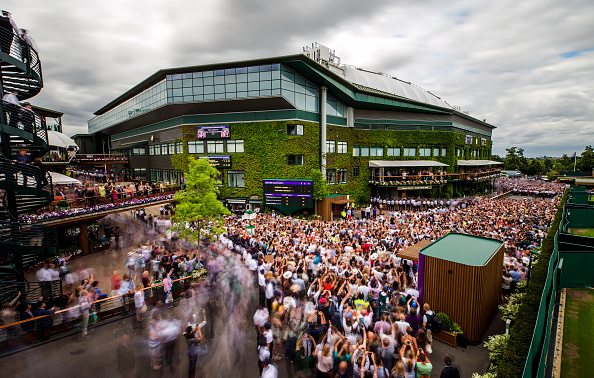 Teen Boy Who Took a Whiff of a Player's Sneaker at Wimbledon Had the Most Appropriate Reaction
Next Up: Editor's Pick