In this Nov. 30, 2017, file photo, with reporters looking for updates, Sen. Susan Collins, R-Maine, and other senators rush to the chamber to vote on amendments as the Republican leadership works to craft their sweeping tax bill in Washington.
J. Scott Applewhite—AP
By Nash Jenkins

Democrats and liberal groups are preparing an extensive campaign aimed at convincing moderate Republican senators that the vote on President Donald Trump’s Supreme Court nominee will determine the future abortion rights in America.

At the center of this effort are Sen. Lisa Murkowski of Alaska and Sen. Susan Collins of Maine, two relative centrists who have expressed concern over the dismantling of abortion rights in the U.S.

“The way we’re looking at it is this: If we do a good enough job, we’ll make it obvious enough that Collins or Murkowski will be the deciding vote on whether Roe v. Wade is overturned,” one Democratic aide tells TIME, referring to the landmark 1973 Supreme Court case on abortion. “Because there’s so much attention on Roe, it’ll be much harder for them to back someone who just says, ‘Oh, I’ll give all due deference to precedent.'”

Partisan rancor has flamed since Kennedy announced last week that he would be retiring after more than three decades on the Supreme Court. Kennedy, a moderate who was nominated to the court for Ronald Reagan, was a reliable swing vote; his vacancy gives the conservative Trump Administration the opportunity to shift the ideological balance of the country’s highest court.

Democrats cannot block Trump’s nominee without help. Even if all 49 Senate Democrats vote no – hardly a given with red-state Sens. Joe Donnelly, Joe Manchin and Heidi Heitkamp in tough reelection fights – they would need both Murkowski and Collins to stop the appointment. If Sen. John McCain, who is battling brain cancer, is unable to vote, Democrats would only need one Republican senator.

Trump has interviewed seven candidates, but narrowed the field to three top contenders, according to the Associated Press. All three are current federal judges, Amy Coney Barrett, Brett Kavanaugh and Raymond Kethledge. As with with Neil Gorsuch, the justice appointed to replace the late Antonin Scalia last year, Trump’s top candidates are selected from a list of conservative justices first drafted during the 2016 election. The list was by and large the intellectual brainchild of the Federalist Society, the association of conservative lawyers. (Trump himself stressed during the election that he would appoint “pro-life” justices, and that Roe v. Wade would be “automatically” repealed if enough of them made it to the bench.)

“Republicans are trying to say that [a judge] being on this list doesn’t mean they’ll overturn Roe v. Wade — but that was the point of the list in the first place,” one Democrat tells TIME. “Republicans have run roughshod over traditions to get these Federalist Society nominees approved, and we’re making sure that we communicate just how unprecedented this list is — to have specific litmus tests for Supreme Court justices.”

This is the point that Democrats are working diligently to broadcast. Politico reported on Monday that the liberal action group Demand Justice was investing $5 million into a shock-and-awe messaging campaign that would emphasize the threat posed to abortion rights by Trump’s potential nominee. The campaign will invest heavily in the Maine and Alaska markets to stoke the mounting pressure on Collins and Murkowski to vote against the nominee.

“We only have 49 votes,” one Democratic aide familiar with the messaging strategy tells TIME. “You’re going to have to do some outreach to people across the aisle if you’re going to have any chance of defeating anyone outside the judicial mainstream.”

The focus on Murkowski and Collins is unsurprising: both are moderate Republicans with a record of deviating from their party’s line, particularly on social issues. It was Collins and Murkowski who cast two of the votes that sank the G.O.P. effort to dismantle the Affordable Care Act (ACA) last summer. But the tactical approach in question — appealing directly to the American public — speaks to the extent to which the court of popular opinion has become a formidable force in U.S. politics in the aftermath of Trump’s election.

“We have never seen the American people this galvanized in a long time,” Daniel Goldberg, the legal director of Alliance for Justice, the progressive judicial advocacy group that has conducted extensive opposition research on Trump’s judiciary nominees, tells TIME. “The American people since Trump became president have gone to airports to protect immigrants, they’ve marched for women’s rights. When the Republicans thought they had the votes to repeal healthcare, the American people spoke up — went to town hall meetings, marched — and the Senate heard them.”

The messaging campaign will also underscore the risks faced by the Affordable Care Act (ACA) under a conservative Supreme Court. A document obtained by TIME that outlines Senate Democratic strategy notes that any nominee that augurs a potential threat to the ACA — particularly to protections for people with preexisting medical conditions — is likely to convince an undecided senator to vote against them.

But convincing Collins and Murkowski is hardly a given. Both senators supported all three of Trump’s reported finalists when they were nominated as circuit court judges. Additionally, three Democrats – including Donnelly and Manchin – supported Barrett when Trump nominated her to the bench last year. Support for Barrett came despite the contentious hearing she faced before the Senate Judiciary Committee, where Sen. Dianne Feinstein, the committee’s top Democrat, suggested that Barrett, a Catholic, would not uphold Roe v. Wade.

Democrats say that a Barrett nomination would simplify the task of opposition research. “They’ve just gone through the committee in the last year and a half,” one aide says. “It’s pretty easy — we just did all the work on these people.”

In conversations with TIME ahead of Trump’s announcement, Judiciary Committee Republicans were reluctant to offer insight into any of the nominees, but say they resented the Democrats’ preemptive approach.

“The Democrats have made pretty clear that even without a nominee that they want to make this a policy issue — that they want to see the policies they want coming from the court,” one Judiciary Republican aide says. “We’re more focused on making sure that we have judges that look at the facts of the case and apply the law.” 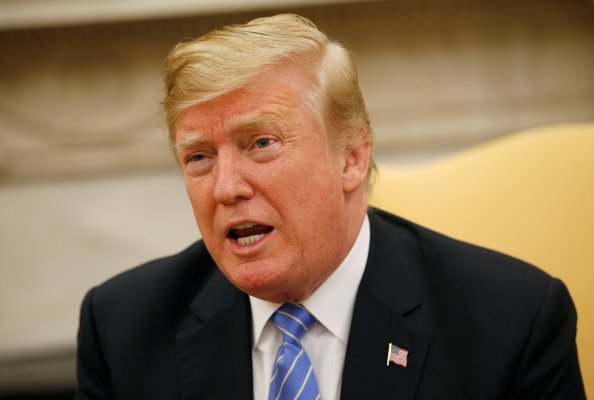 These Are Trump's Candidates for the Supreme Court
Next Up: Editor's Pick