Congratulations are in order to the Lord Commander Jeor Mormont of the Night’s Watch, also known in real life as actor James Cosmo.

On Tuesday, the former Game of Thrones actor Cosmo was honored by Queen Elizabeth II and the royal family by receiving his Member of the Order of the British Empire, also known as an MBE, for his “services to drama” at an investiture ceremony at Edinburgh’s Palace of Holyroodhouse.

Besides playing the beloved elder Mormont and mentor to a young Jon Snow in the early seasons of the blockbuster HBO fantasy series (and serving as the exiled Ser Jorah Mormont‘s father from afar), Cosmo has also garnered praise over the years for his roles in movies like Trainspotting and Braveheart. He joins the ranks of fellow thespians like Emily Blunt and Russell Crowe and with this rank of honor.

While Cosmo is no longer a regular on Thrones, thanks to a tactical plot twist back in one of the early seasons, his character lives on as an example of strong and moral leadership on the show. And now, his legacy as an actor has been cemented in the books of our own real-life history. Cosmo may be 70 years old, but he’s keeping up a busy acting schedule, too; his IMDB profile proves he has a number of projects in the works for the upcoming year. 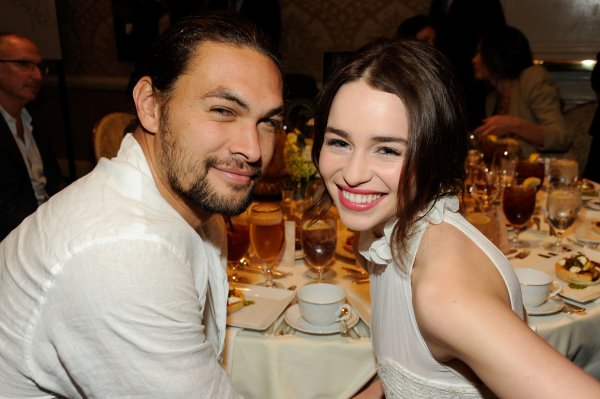 Emilia Clarke and Jason Momoa Had an Ideal 'Thrones' Reunion
Next Up: Editor's Pick