Baidianr was simply another cat living in Beijing’s Palace Museum.

The cat would have remained in relative obscurity save for one feature that made the pet stand out. It’s not the white spot that gives it the name (Baidianr means “white spot”), but its unique ability to choose World Cup winners.

Over the course of this year’s World Cup tournament, the little ginger cat with the white spot has predicted six winners in the soccer competition. The cat doesn’t go to the bar to place a bet, of course. Instead, according to the Strait Times, museum staff would present the cat with two bowls of food, each with the national flag of one of the countries competing in the game. Whichever bowl Baidianr ate from first would represent its choice for winner. If the kitty picked correctly, it received a reward of dried fish.

Staff realized they were on to something when Baidianr correctly predicted that Russia would beat Saudi Arabia in the World Cup’s opening game. While the cat started off slow, making a few incorrect choices, it eventually made six correct predictions in a row, ending on June 26 when it correctly opted for Argentina over Nigeria.

Then tragedy struck: The museum posted on social media that the “psychic” cat had fallen ill. On Monday morning, it was reported that the cat had passed away. Luckily the cat did not endure the same fate as Japan’s “psychic” octopus who was eaten after it correctly predicted the outcomes in three of their World Cup matches.

As you mourn the loss of Baidianr, there’s no need to try and predict World Cup winners in the dark. According to Strait Taimes, a second cat has stepped up to the challenge and has risen to the occasion. Changtuir, has already chosen the winning bowl on two consecutive occasions. 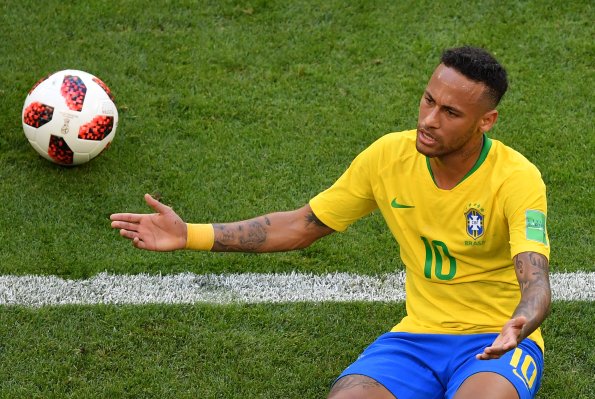 The Internet Has Jokes About Soccer Star Neymar's Reactions
Next Up: Editor's Pick