Another Death Knell for the Iran Nuclear Deal

President Donald J. Trump signs a National Security Presidential Memorandum as he announces the withdrawal of the United States from the Iran nuclear deal on May 8, 2018.
The Washington Post—The Washington Post/Getty Images
Ideas
By Tom Keatinge
Keatinge is the Director of the Center for Financial Crime and Security Studies at the Royal United Services Institute, the world's oldest independent think tank on international defense and security.

For some, the day Donald Trump was elected U.S. president sounded the death knell for the Iran nuclear deal (or the Joint Comprehensive Plan of Action, JCPOA, as it is formally known). For others, despite the bluster, posturing and quixotic legislative activity by European partners to keep the deal alive, the JCPOA died on 8 May, when President Trump announced that the U.S. would withdraw from the arrangement. But, for those who still believed that the JCPOA might be saved despite the actions and messaging of Trump and his administration, last Friday’s damning statement by the Financial Action Task Force (FATF) almost certainly rendered its resuscitation beyond hope.

Since the JCPOA was implemented in January 2016 it has formed the basis for the gradual reintegration of Iran into the global economy. Trade and finance, previously suspended under a range of sanctions regimes aimed at reversing Iran’s nuclear ambitions, recommenced. Trusting in the survival of the deal, corporates made investments, manufacturers signed production deals and banks reconnected financial services. This economic re-engagement formed an important part of the JCPOA, stating as it does that ‘The United States will make best efforts in good faith to sustain this JCPOA and to prevent interference with the realisation of the full benefit by Iran of the sanctions lifting’.

Once he entered office in January 2017, President Trump continued to rail against the JCPOA. He failed to certify the deal in October 2017 and in May withdrew the U.S. from the deal, announcing that the U.S. would “begin reinstating …nuclear sanctions on the Iranian regime [and] will be instituting the highest level of economic sanction.”

For the European partners to the JCPOA, despite Trump’s obstinate attitude toward the deal, the U.S. withdrawal seemed to come as a surprise. Or at least the failure of European leaders to prepare for a U.S. withdrawal suggests that his actions were not anticipated and as such, there was no Plan B to hand. Believing that Iran has continued to comply with its obligations under the deal, the European Commission stated that it would take steps to “preserve the interests of European companies investing in Iran and demonstrate the E.U.’s commitment to the … JCPOA – the Iran nuclear deal.” Since the deal was signed, French exports to Iran—driven by the sale of aircraft and car parts—have doubled; exports of German goods to Iran have risen to €3 billion ($3.5 billion) with 10,000 companies trading with Iran.

Yet, as E.U. leaders made their statement, companies and financial institutions were already announcing their plans to discontinue engagement with Iran. European giants such as Total (gas), Maersk (shipping) and Peugeot (cars) have all made it clear that their commitment to the Iranian economy would lapse in the face of the threat posed by the return of U.S. sanctions. The rhetoric emanating from Trump and his administration makes it unlikely that the Office of Foreign Assets Control (OFAC), the U.S. sanctions body, will issue the waivers and licences needed to protect companies that have re-established business connections with Iran.

The E.U. cannot, of course, throw in the towel in the face of Trump’s actions; the Iranians are pressuring Brussels to show leadership and commitment. The E.U. has updated the 1996 Blocking Regulation, which aims to remove, neutralize, block or otherwise counter the threat posed by the laws and regulations of a third country (E.U.-speak for non-member states) to the interests of the E.U., and its natural and legal persons.

In principle, this regulation provides protection against, and counteracts the effects of, the extra-territorial application of any law, such as secondary sanctions reimposed by the U.S. related to Iran. It also prohibits any E.U. national from complying with such regulations and approves the imposition of penalties by the home countries on any entity that does comply. But this regulation is untested. It will also make E.U. companies operating with Iran choose between being shut out of the U.S. financial system or being exposed to the well-known and considerable enforcement powers of U.S. authorities, and the lacklustre willingness of the E.U. to challenge the extra-territorial application of U.S. sanctioning powers. Most likely, those companies that are faced with this dilemma will take advantage of the Blocking Regulation’s provision for companies to seek exemptions should non-compliance with extra-territorial regulations threaten the company in question.

The letter sent to U.S. Treasury Secretary Mnuchin and Secretary of State Mike Pompeo by France, Germany and the U.K. (the so-called E.U. 3 signatories to the JCPOA) underlined the powerless position of the E.U. in the face of reintroduced U.S. sanctions.

The war of words that has followed Trump’s announcement has been intense. French finance minister Bruno Le Maire questioned whether Europe wanted to be “a vassal that obeys and jumps to attention”; in return, U.S. Ambassador to Germany Richard Grenell tweeted “advice” that “German companies doing business in Iran should wind down operations immediately” drawing fierce criticism.

But step back from the sound and fury of those defending and opposing the JCPOA, and see that there has always been another, less widely acknowledged or understood threat to the deal.

The Financial Action Task Force—the global standard setter and watchdog for anti-money laundering and counterterrorist finance (AML/CTF) standards—has long warned its members and their financial institutions of the risks of engaging with Iran. Iran, together with North Korea, has found itself black-listed by the FATF for many years.

As part of the spirit of cooperation encouraged by the JCPOA and Iran’s commitment to improve its standards, in June 2016 the FATF suspended countermeasures against the country.

At its subsequent meetings, the FATF has reconfirmed this suspension, despite noting as recently as February that Iran had a raft of material outstanding deficiencies. Iran’s leadership has reportedly suggested that it is not necessary to follow international conventions against money laundering and terrorism.

And so to last Friday and the latest announcement from the FATF that “Iran’s action plan has expired with a majority of the action items remaining incomplete.” In what must amount to a final warning, the FATF gave Iran until October to implement necessary reforms, otherwise it will decide upon ‘appropriate and necessary actions’; a return to the FATF blacklist.

The view of the FATF is critical. To the extent the FATF warns of material failings in a country’s AML/CTF regime, regulated financial services—the lifeblood of international trade and fund flows—are unlikely to support economic engagement.

The FATF has shown extraordinary patience with Iran. But international banks and companies assessing their future commitment to the JCPOA will be less patient. Whether or not it has black-listed Iran, the FATF’s latest statement, albeit short of issuing its ultimate sanction, provides support for those seeking to undermine the JCPOA and isolate Iran from the global economy once again.

This analysis first appeared on RUSI.org, the website of the Royal United Services Institute. Read the original article here. 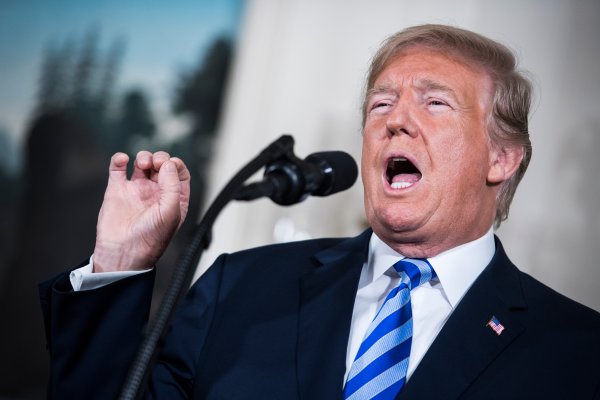