These are the first images of the Thai youth soccer team that was found after nine days trapped in a flooded cave complex in northern Thailand.

The Royal Thai Navy released the footage Monday after local officials announced that all 12 boys and their coach had been found alive.

In the video, a rescuer with a British accent asks the boys, who are huddled on the edge of flood waters, “How many of you?”

“Thirteen,” is the response.

One of the boys asks what day it is. “Monday,” the rescuer responds.

Divers and cave rescuers from all over the world descended on the Tham Luang cave complex to help Thai rescue teams locate the trapped boys, aged 11 to 16, and their 25-year-old coach.

The team disappeared on June 23 after they went on a tour of the cave complex and then were trapped in the warren of caverns by rising floodwaters. 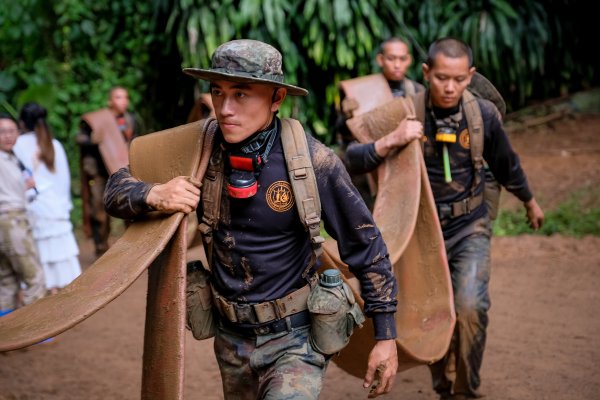 Why It's So Hard to Rescue the Youth Soccer Team Trapped in a Thai Cave
Next Up: Editor's Pick