People Have Feelings About Neymar's Dramatic Reactions at the World Cup

Brazil’s star player Neymar Jr. is known to be the center of the action on the soccer pitch. After all, he’s one of the most famous forwards world. But during Brazil’s latest game in the 2018 World Cup against Mexico on Monday, some spectators online couldn’t help but comment on Neymar’s dramatic reactions to having contact with other players while on the field; at one point, he took an extended tumble that has spawned its own memes.

Ultimately, Neymar and his Brazilian teammates triumphed, shutting down Mexico 2-0 in the second half. They will advance to the quarterfinals to face Belgium or Japan, while Mexico exits the tournament after putting up a valiant run. But even after proving himself on the pitch, Neymar is still the subject of plenty of jokes at the expense of his on-field behavior. Displaying strong reactions on the field is nothing new in sports, of course; in fact, in soccer it’s something of an art form. And yet those who watched Neymar Jr. during this game have plenty to say about it.

But Neymar probably will brush off these critiques and jokes without too much concern. He’s got plenty of other things on his mind, anyway, namely succeeding at the World Cup as play continues to heat up. 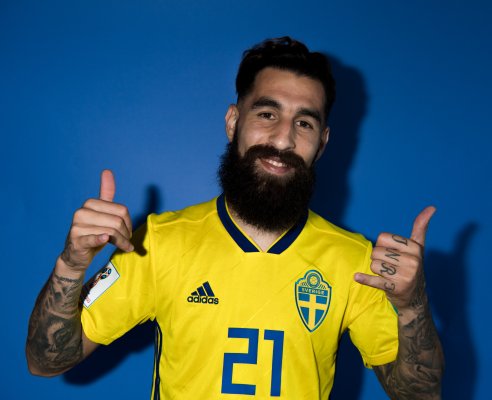 What You Need to Know About World Cup Player Jimmy Durmaz
Next Up: Editor's Pick