President Donald Trump’s former attorney Michael Cohen said in an interview released Monday that his highest loyalty lies with his family and country, not his onetime employer.

“My wife, my daughter and my son have my first loyalty and always will,” Cohen told ABC News’ George Stephanopoulos. “I put family and country first.”

The interview with Cohen is his first since the Federal Bureau of Investigation raided his office in April. Investigators seized Cohen’s emails, documents and tax records, including information on a payment made to adult film actress Stormy Daniels. Daniels has alleged she and President Trump had an affair prior to Trump becoming President.

Prosecutors conducted the raid after a referral from Robert Mueller, the special counsel leading the FBI’s investigation of Russian interference in the 2016 presidential election. Trump denounced the raid of Cohen’s office as a “disgraceful situation” and a “total witch hunt.”

Speaking to ABC, Cohen said that he doesn’t “like the term ‘witch hunt'” and refuses to condemn Mueller’s investigation as the President has. He also said he “respects the FBI” and that he will cooperate with the investigation, as well as with separate congressional inquiries into Russian election meddling.

Cohen was a part of Trump’s inner for over a decade, working as his personal lawyer at the Trump Organization and moving with him when he became President. He was considered one of Trump’s most loyal employees, saying he would “take a bullet” for the President. Cohen told ABC News in 2011 that “if somebody does something Mr. Trump doesn’t like, I do everything in my power to resolve it to Mr. Trump’s benefit.” 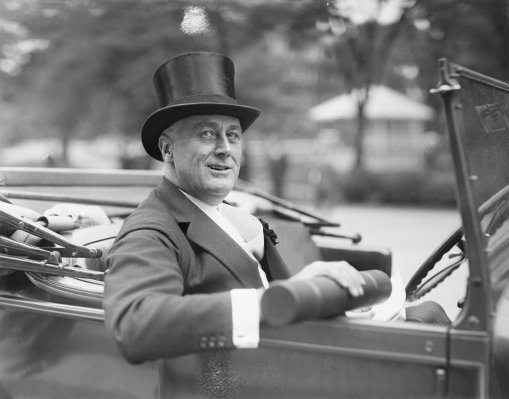 Why Newly Discovered Video Footage of Franklin D. Roosevelt Walking Is a Big Deal
Next Up: Editor's Pick