A Europe-wide shortage of carbon dioxide has caused shortages of crumpets and beer in the United Kingdom.
JoeGough—Getty Images/iStockphoto
By Billy Perrigo

British consumers are facing shortages of beer and crumpets, as supplies of carbon dioxide run low amid a record summer heatwave.

An unusually high number of the plants that produce the gas, which is emitted in large quantities as a byproduct of fertiliser production, have closed for maintenance this summer. Whilst some breweries and plants produce their own CO2, the shortage is having repercussions across the food and drink supply chain in Europe.

Pubs in the U.K. reported running out of certain beers, whilst Coca-Cola had to pause some production lines. Scotland’s biggest pig abattoir was forced to close because of shortages of the gas, which is used to stun the animals before slaughter.

An uncharacteristic summer heatwave – and an unexpectedly strong World Cup performance by the English team – have increased demand for beer, cider and soda at the same time as supply has been hit.

The CO2 shortage has even threatened production of crumpets, a savory teatime snack made from batter and yeast. Baked-goods producer Warburtons announced that two of its four factories had ceased production, and that it was baking “nowhere near the 1.5m packs of crumpets we usually make each week.” The gas is used in the packaging of the crumpets, according to a spokeswoman for the company.

“Rest assured we are working really hard to keep our products on Britain’s shelves,” Warburtons said in a statement.

Wartime memories were revived when food and drink wholesaler Booker announced it would ration supplies to mitigate the crisis. A spokesperson said: “Due to the international shortage of CO2, we are experiencing some supply issues on soft drinks and beer. We are currently working hard with our suppliers to minimise the impact for our customers.” The rations even applied to brands whose supplies were not affected by the shortage.

Specialist publication GasWorld reported that Britain was the hardest hit by the Europe-wide crisis, with only one CO2 plant in the country operating on June 19 and decreased imports across the English channel due to shortages in France and Belgium. 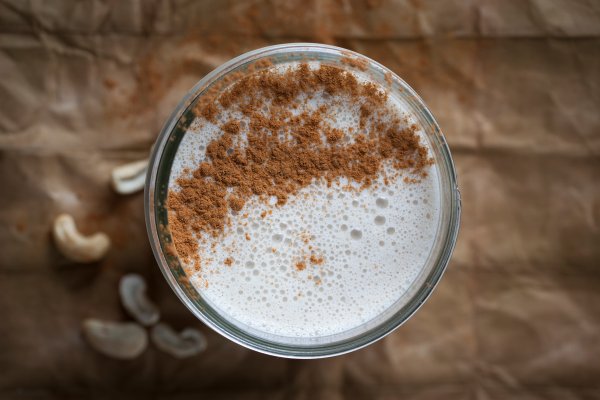 Weekend Recipe: Your Guide to Creating Dairy-Free Nut, Seed and Rice Milks
Next Up: Editor's Pick