On Last Week Tonight, John Oliver took a look at science, a.k.a. “math disguised as outer space and dinosaurs to try and seem interesting.”

Specifically, he looked at the rise of gene editing thanks to the creation of the technology known as CRISPR, which Oliver swears stands for “Crunchy Rectums in Sassy Pink Raybans.” CRISPR allows for very precise gene editing, where scientists can pinpoint a genetic defect and then “cut it out and paste in a fix at which point presumably Clippy shows up and says, ‘Hi, it looks like you’re trying to play god and alter the basic building blocks of life. Need some help?‘”

Gene-editing technology isn’t just for movies like Rampage, which stars Dwayne Johnson blitzing a 30-foot wolf (thus leading Oliver to suggest the film should have been named Wolf Blitzer). Instead, according to Oliver, gene editing is either “going to cure all disease or kill every last one of us” and for him, it’s currently unclear which way it will go. Accurate gene-editing is wildly difficult, but when it works it seems like a miracle, although as Oliver points out it’s actually “more convenient” than a miracle, because you “don’t need to spend the next 2,000 years worshiping the scientists, you can just be like ‘thanks’.”

The technology is still quite new, though. As Oliver notes, that is leading to a mismatch between expectation and the realities of current scientific capabilities, which are less about bringing woolly mammoths back to life and more about creating “beefcake beagles.”

For Oliver, though, while the possibilities of ending disease are exciting, we must balance the potential rewards with the risk of disaster, whether genetically engineering mice so they can’t get Lyme disease or trying to “fix” a genetic problem that may not need to be fixed. (“Eugenics is a word that rightly terrifies people,” says Oliver). As the technology continues to improve, he thinks we need to balance “best case scenarios like ending malaria” with catastrophic “prophecies of 30-foot wolves.” 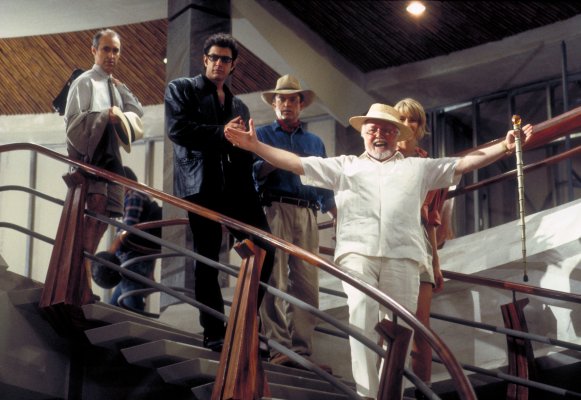 Here's What's New on Netflix in July 2018 — And What's Leaving
Next Up: Editor's Pick