'This Is a Moment of Great Urgency.' Former President Barack Obama Tries to Mobilize Democrats at Fundraiser Event

CHICAGO, IL - DECEMBER 05: Former president Barack Obama speaks to a gathering of more than 50 mayors and other guests during the North American Climate Summit on December 5, 2017 in Chicago, Illinois. The summit was held to bring together leaders from the U.S., Canada and Mexico to commit their cities to addressing climate change at the local level. (Photo by Scott Olson/Getty Images)
Scott Olson—Getty Images
By Abby Vesoulis

Former President Barack Obama re-emerged into the political scene after months of maintaining a low profile, making subtle references to his disapproval of the current administration and possibly illuminating the reason behind his return to the limelight.

“This is a moment of great urgency and you are right to be concerned,” Obama said at a Democratic National Committee fundraiser event in Beverly Hills, California, according to Politico, though he never mentioned the administration by name.

Obama also warned attendees to not grow overconfident because of the handful of Democratic special elections victories. Earlier this year, for example, Sen. Doug Jones defeated Republican candidate Roy Moore in Alabama, Rep. Conor Lamb beat out a Republican in a reliably red Pennsylvania district and Wisconsin State Sen. Patty Rivard Schachtner was victorious in a rural district that Trump won by about 17 points in the 2016 election.

“I would caution us from extrapolating too much from a bunch of special elections and starting to think that, ‘okay, this will take care of itself.’ Because it won’t,” he said, according to the Washington Post. “I’m giving you the executive summary: Vote. Participate. Get involved.”

It is the first DNC fundraiser Obama has participated in this year. Obama is also spending his post-presidential free time working on details for his forthcoming presidential library in Chicago, a presidential memoir that is set to be published by Penguin Random House and a production deal with Netflix. 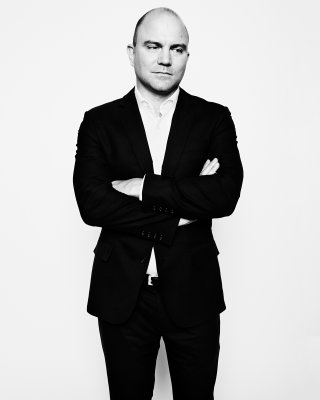 An Obama Confidant Opens Up on Eight Years in the White House
Next Up: Editor's Pick