South Korea, one of the few nations that conscripts all able-bodied men into military service, will now allow conscientious objectors to substitute the required two years with community service.

South Korea’s constitutional court ruled Thursday that men who refused to serve needed an alternative, Reuters reports. But it also ruled that objecting to serve violated the constitution.

Up until now, those who refused the mandatory military service for men between the ages of 18 and 28 faced up to three years in jail and risked social stigma.

The system has recently made international headlines as soccer fans called for South Korea’s star World Cup player, Son Heung-min, to get an exemption. The defense ministry previously said that Son must complete the compulsory two years. Online petitions have been circulating online urging President Moon Jae-in to exempt him as well as goalkeeper Cho Hyun-woo, Agence France-Presse reports.

The ruling Thursday did not clarify how South Koreans would be judged for being eligible, or what exactly the alternative services would be. According to the New York Times, possible alternatives could be working in homeless shelters, hospitals, prisons or as firefighters or police officers.

“The ministry has been reviewing alternatives that cannot be abused by men wishing to avoid serving in the military,” the Defense Ministry said in a statement.

South Korea is still technically at war with North Korea and their shared border is the most heavily-fortified in the world. 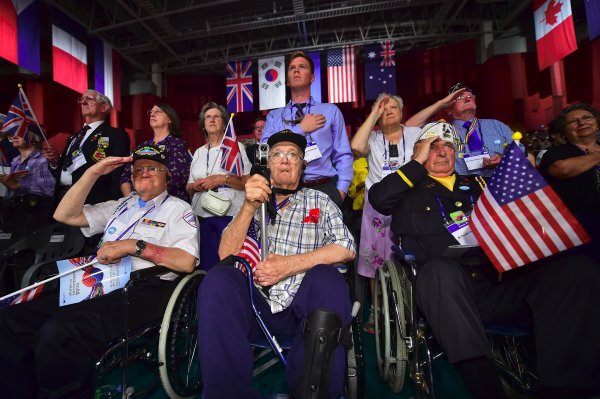 Veterans Remember Korean War Amid Hope of Returned Remains
Next Up: Editor's Pick