The Twitter timeline of U.S. president Donald Trump is seen on June 29, 2017, in Bydgoszcz, Poland, after he insulted TV show host Mika Brzezinski on the platform.
Jaap Arriens—NurPhoto via Getty Images
By Alexander Heffner

When my grandfather Richard Heffner published a collection of pivotal documents from United States history in 1952, Twitter was not yet born and television was in its pre-soundbite infancy. No such anthology existed, and Google was not available for instant historical knowledge. This summer the tenth edition of A Documentary History of the United States was published into a very different world in need of safeguarding the truth.

Considering documents that make up American history all in one place can teach far more than even the most important individual artifact. The book shows the regression and evolution of citizenship in the United States. As constitutional interpretations matured to new standards of human rights and morality, Americans sought to fulfill the Declaration of Independence’s promise of life, liberty and the pursuit of happiness for all Americans.

Notable historic documents include the Dred Scott v. Sandford Supreme Court decision, which reaffirmed the legality of slavery, but also Abraham Lincoln’s Emancipation Proclamation declaring a new commitment to freedom, Martin Luther King’s letter from a Birmingham Jail arguing for equality through nonviolent civil disobedience, and the Brown v. Board of Education decision desegregating American schools. These reinterpretations are proof that we can slowly perfect the union.

History published in emerging media is part of that story. For the last edition, my grandfather asked me to consider new formats, and I proposed television. After all, the archives have been reduced from the pantheon of literature and books to essays and pamphlets to speeches and op-eds. We decided to include television interview transcripts of Vice President Cheney defending the Iraq invasion in a medium decisive to the Administration’s war prosecution and documentation of its blowback.

But, to update the book for the current era, we also had to grapple with the social and anti-social media that have transformed our nation’s discourse. And at a time when history is being distorted and disinformation can spread with the swipe of a finger, we wanted to present the documents word for word, just as the speakers, authors, and now tweeters, intended.

So, the question became: Do we publish tweets that are themselves very real but spew untruths, or do we omit artifacts that have failed to uphold facts? The answer was they must be included — to document Donald Trump’s departure from “presidential” tone, his exploitation of free media before and after the election, and how we as citizens are subjected to his tweets with seemingly no control over the norms through which he or Twitter operates. Examples include his unprecedented criticism of the press as “enemy of the people” and his vitriolic attacks on the rule of law, political opponents and citizens.

Twitter is increasingly the flawed operating system of our consciousness. This moment in history has accompanied a vast proliferation of misinformation amid the degradation of public discourse. The historical record deserves more than tweets — it requires nuance and context, and the architecture, integrity and rigor of political arguments are integral to the preservation of a Republic. Alas, true or false, tweets are the headlines that capture our attention and imagination. Linguist George Lakoff has proposed a way to deal with this: we must make “truth sandwiches,” with reality on either side, in an age when Twitter is more conducive to lies.

The “truth sandwich” can help us deal with including these tweets in the book — but the need for it also raises questions about what comes next.

So far, it appears there are few candidates with the political moxie to take on Trump in his own favorite medium. But, if anyone hopes to beat him in the next election, fighting fire with fire will be necessary. As Trump tests democratic norms, opponents must cultivate their own Twitter pulpits. We don’t know if the 140-280 character postings will be the only game in town at that time. But a winning candidate 2020 will have to generate and own his or her own cultural artifact for the moment. A Hope poster. A MAGA Hat. What’s next?

Social media is no small force behind the present age of unreason and disharmony. It is my hope that the tweets included in the new edition of the book are the first and final ones to be included. That an American statesperson will emerge who turns to a different medium — or at least a new way of using this one — and revives the better angels of our discourse.

I think of how JFK opened a September 1960 exchange with Vice President Nixon:

The venue for Kennedy’s words was the first-ever televised presidential debate. In retrospect, that event — and the very fact that it appeared on television — changed history. Kennedy knew how to speak compellingly to the camera, and Nixon did not. Trump mastered Twitter. But, if the American story shows us anything, it’s that a new way of making history is always around the corner. Let’s hope, whatever it is, it restores the depth of meaning and shared values we once embraced.

Alexander Heffner is the host of The Open Mind on PBS. The tenth edition of A Documentary History of the United States is available now. 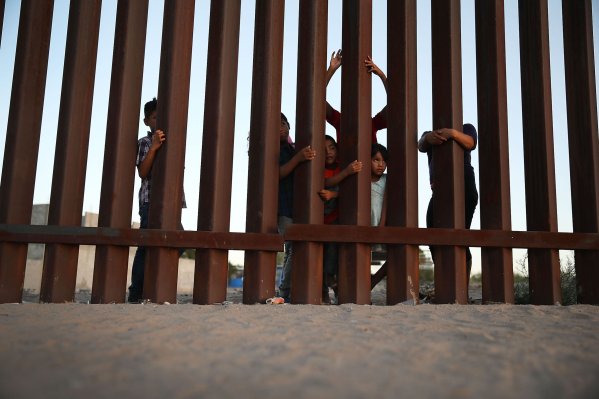 Family Separation Is Officially Over, but History Suggests the U.S. Won't Find a Good Solution for Migrant Children
Next Up: Editor's Pick